Researchers have published a new study that confirms that the Jezero Crater was once home to large amounts of liquid water and a river. 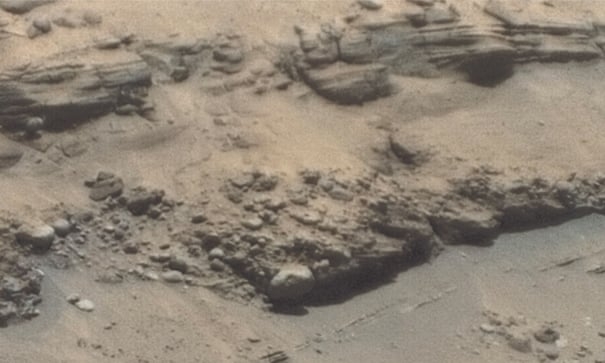 The study was published in Science, and according to the researchers, the images taken by NASA's Perseverance of cliffs show strong evidence of layers within the cliffs that are similar to Earth's river deltas. According to the researchers, the images show a presence and a steady flow of water, which caused the formation of the cliff/crater floor. Additionally, researchers inferred that Mars was once "warm and humid enough to support a hydrologic cycle" around 3.7 billion years ago.

The findings from the Mars rover and the analysis provided by the researchers will assist NASA in guiding Perseverance to the location that has the highest chance of containing "bio-signatures" of ancient microbial life. NASA astrobiologist Amy Williams and her team, who found similarities between the cliff formation, crater floor, and Earth's river deltas, said, "From orbital images, we knew it had to be water that formed the delta. But having these images is like reading a bo/ok instead of just looking at the cover."

Williams added that the discovery of past water on Mars causing the formations we see today w0ill help Perseverance complete its main mission - discovering evidence of ancient life on the Red Planet. Additionally, Williams said that if Perseverance discovers evidence of past life, it will be one of the most profound discoveries ever made by humanity.

"It's really eye-opening to see something no one on Earth has ever seen before," said Williams.