Shiba Inu has absolutely exploded in price over the last 12 months, and in the last 24 hours alone the cryptocurrency has blown up by over 50% with a price of $0.00002522 at the time of writing. 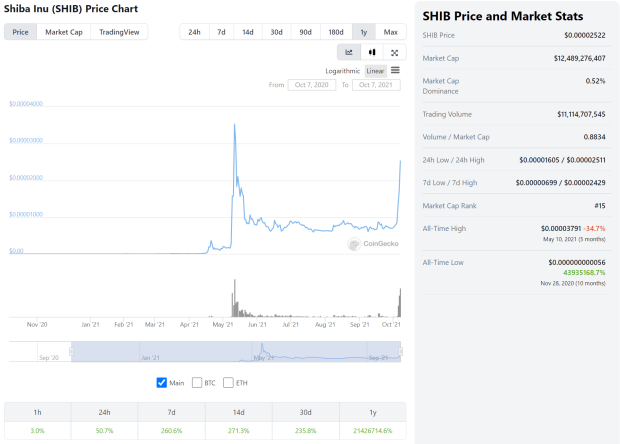 Why the manic price increase? Crypto and meme lord Elon Musk, the founder and CEO of SpaceX and Tesla, tweeted out a single image of his dog, Floki. Musk tweeted out on Monday a picture of his dog, with a simple caption of "Floki Frunkpuppy" and then the price of Shiba Inu skyrocketed.

Even though Musk didn't tweet about Shiba Inu specifically, but because Musk supports Dogecoin (a dog-focused cryptocurrency) we have Shiba Inu riding that high as well. Dogecoin has gone from around $0.20 to around $0.25 at the time of writing, but man has Shiba Inu gone nuts -- especially when you look at it over the last 12 months, with Shiba Inu and its absolutely insane 27,000,000% increase over 12 months. 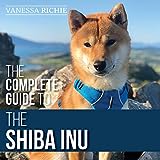 The Complete Guide to the Shiba Inu