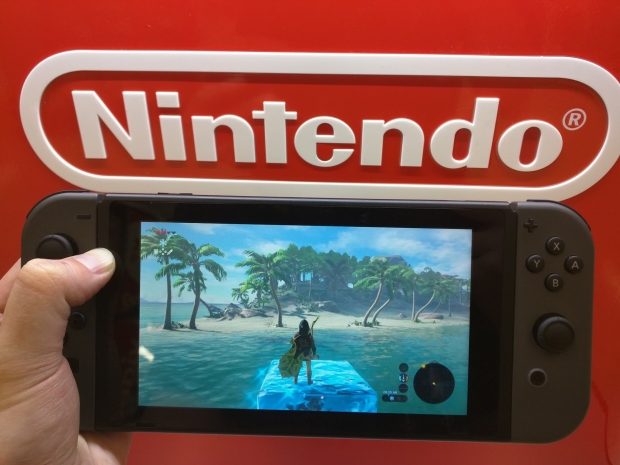 Devkits of Nintendo's next upgraded Switch have been released to over 10 game developers, sources tell Bloomberg. The new system runs on unspecified new hardware and is capable of performing 4K gaming with enhanced visuals and in-game effects that are believed to outpace the current model's limited custom hybridized Tegra X1 chipset.

Depending on which chips are used it's possible that the Switch 4K devkits are closer to PC hardware than actual retail units. NVIDIA's Orin chips, which may power the 4K-ready Switch, are not due out until 2022.

It's worth mentioning that devkits are typically more powerful than release hardware; consumer Switch models have 4GB of RAM whereas devkits have more system memory (the base models have 6GB, and the OLED has double memory at 8GB).

Sources say the new Switch may release in the second half of 2022, possibly during the holiday period. Smartphone game-maker Zynga is apparently among the those with an upgraded Switch devkit.

Speculation has been swirling on a Switch Pro/Switch 4K revision for years now. It's likely the next-gen Switch will use a beefier NVIDIA Tegra SoC and leverage DLSS technology to help push 4K gaming. NVIDIA's DLSS technology, which uses AI to upscale and enhance resolution of games up to 4K, DLSS is now capable of running on mobile ARM processors, which are the same CPUs used in NVIDIA's Tegra SoCs that power the current Switch family (Switch 2017 28nm, Switch 2019 and Switch OLED on Tegra X1+ 16nm), but currently only when paired with powerful dedicated RTX graphics cards.

No one's sure what chip the Switch 4K will utilize. It could be NVIDIA's new 8nm Orin chips (possibly the T234) that are powered by Ampere GPUs. Another report (unlikely due to Spring 2022 release timings) Switch could also be powered by NVIDIA's new Ada Lovelace GPU architecture.

The new Switch 4K will also feature an upgraded dock.

The current video-switching chip inside of the Switch, Switch Lite, and Switch OLED only supports 1080p output. A new chip will need to be installed in order to output 4K video signals. It's also possible the Switch 4K's dock will feature other upgrades; the new Switch OLED model's dock features a built-in LAN cable that can receive firmware updates, for example, and this could pave the way to the new model.

Nintendo patented a Supplemental Computing Device in 2016 that boosted the console's CPU processing power via a special LAN attachment, not unlike a console-ready expansion pak from the 1990s era.

Check below for a closer look at NVIDIA's Tegra chipset lineup: