Space is slowly becoming accessible to private citizens, with the recent Inspiration4 launch marking the first all-civilian spaceflight. One day humans will venture to Mars, and one of them will be SpaceX CEO Elon Musk.

Back in 2018, in an interview with Axios, Musk was several questions about his plan on putting humans on the Red Planet, and the chances of him participating in a trip. Musk said that there is a 70% chance that he'll live long enough to be able to go to Mars. Musk goes on to say that he is "talking about moving there". Musk was then asked if colonizing Mars will be "an escape" for rich people as the target price for a ticket is a "couple hundred thousand".

Musk goes on to explain that Mars won't be an "escape" for the rich as the probability of dying on the Red Planet is significantly higher than Earth. Musk added that the advertisement for going to Mars will be a lot like "Shackleton's ad for going to the Antarctic. It's going to be hard. There's a good chance of death, going in a little can through deep space. You might land successfully, once you land successfully, you'll be working nonstop to build the base."

The SpaceX CEO explained more dangers of Mars, saying, "It's a very harsh environment, so there's a good chance you die there. We think you can come back but we aren't sure."

Since 2018, Musk has made significant progress with the necessary steps needed to be taken to get humans on Mars. The first of which is the vehicle of transportation. SpaceX's Starship is nearing completion and is teed up to be the rocket that will take humans back to the Moon. For more information on Starship, check out this link here. 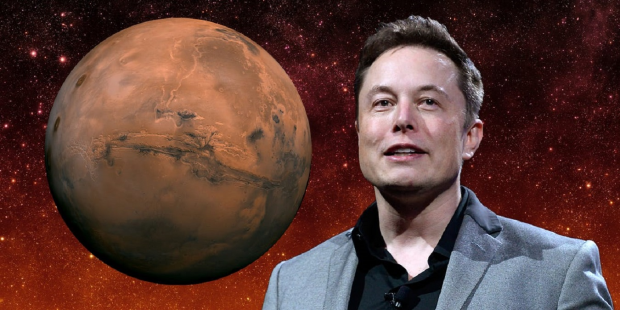