NASA launched a new satellite that is designed to monitor Earth's land surface and provide data that will inform us about Earth's climate crisis. 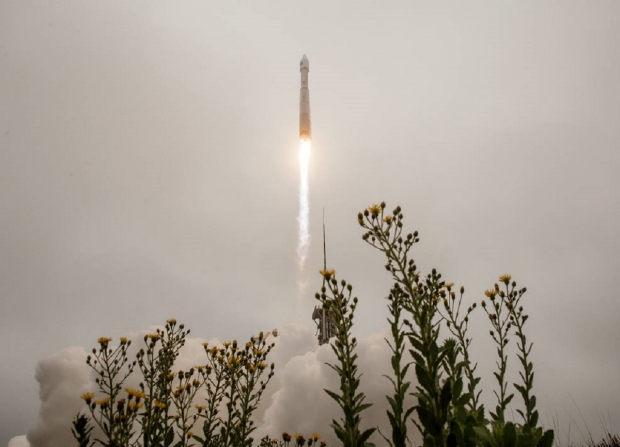 Through a new press release, NASA explains that the Landsat missions have been in place for the last 50 years, with the first Landsat satellite being launched back in 1972. Each of the Landsat satellites is designed to monitor Earth. They are essentially our eyes in the sky when it comes to observing our ever-changing planet from above.

Now, NASA has launched Landsat 9, which will join Landsat 8 in Earth's orbit. Both of the satellites will work in tandem and collect images of the entire planet every eight days. NASA is partnered with the U.S. Geological Survey and launched the Landsat 9 on the back of a United Launch Alliance Atlas V rocket. The new satellite is performing as expected and is currently traveling to its final orbital altitude of 438 miles.

NASA Administrator Bill Nelson said, "NASA uses the unique assets of our own unprecedented fleet, as well as the instruments of other nations, to study our own planet and its climate systems. With a 50-year data bank to build on, Landsat 9 will take this historic and invaluable global program to the next level. We look forward to working with our partners at the U.S. Geological Survey and the Department of the Interior again on Landsat Next, because we never stop advancing our work to understand our planet."

Deb Haaland, the Secretary of the Interior added, "Today's successful launch is a major milestone in the nearly 50-year joint partnership between USGS and NASA who, for decades, have partnered to collect valuable scientific information and use that data to shape policy with the utmost scientific integrity. As the impacts of the climate crisis intensify in the United States and across the globe, Landsat 9 will provide data and imagery to help make science-based decisions on key issues including water use, wildfire impacts, coral reef degradation, glacier and ice-shelf retreat, and tropical deforestation."

Karen St. Germain, director of the Earth Science Division at NASA Headquarters said, "The Landsat mission is like no other. For nearly 50 years, Landsat satellites observed our home planet, providing an unparalleled record of how its surface has changed over timescales from days to decades. Through this partnership with USGS, we've been able to provide continuous and timely data for users ranging from farmers to resource managers and scientists. This data can help us understand, predict, and plan for the future in a changing climate."

Thomas Zurbuchen, associate administrator for science at NASA said, "Landsat 9 will be our new eyes in the sky when it comes to observing our changing planet. Working in tandem with the other Landsat satellites, as well as our European Space Agency partners who operate the Sentintel-2 satellites, we are getting a more comprehensive look at Earth than ever before. With these satellites working together in orbit, we'll have observations of any given place on our planet every two days. This is incredibly important for tracking things like crop growth and helping decision makers monitor the overall health of Earth and its natural resources."