Call of Duty: Warzone and Black Ops Cold War is about to enjoy its new Season 6 update, but before that we have the new Oktoberfest Bundle.

Activision teases that you can shoot beer bullets in Call of Duty: Warzone and Black Ops Cold War, and that gamers need to "Grab your lederhosen and slosh your way through the battlefield". Interesting use of the world "battlefield" there, right before the launch of Battlefield 2042.

As for the new Oktoberfest Bundle, it includes the Lederhosen operator skin for Beck, two new weapon blueprints themed to booze -- the new weapons are the Hefeweizen and Kolsch, but there's also a new knife called Keg Tap. The beer bullets have a "beer tracer fire effect" which sees beer cans being fired out... pretty damn cool. There's also a new finishing move called Tapped Out, where you'll throw your enemy into the air and drop kick them in the face, also awesome.

We shouldn't expect too much new stuff for Call of Duty between now and Call of Duty: Vanguard, which launches on November 5. 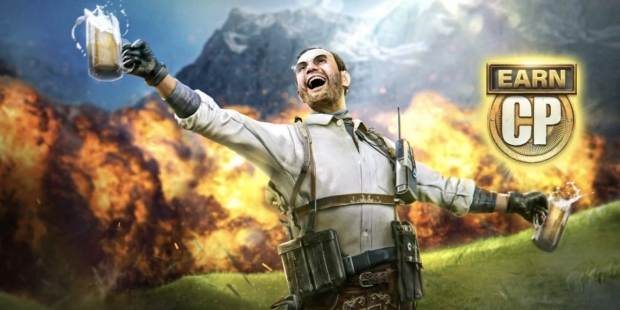