Probably the most widely believed theory for how the Moon came to be is a singular collision occurring billions of years ago with a very young Earth. 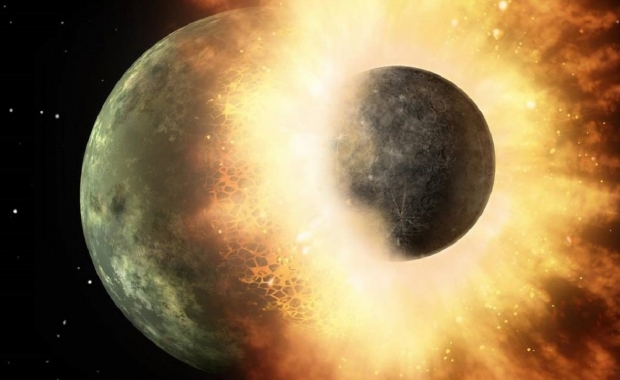 However, a new study that has been recently published in The Planetary Science Journal has suggested a new theory that builds upon the main one. Erik Asphaug, a professor at the University of Arizona's Lunar and Planetary Laboratory, and fellow colleagues, have conducted computer simulations involving a celestial body the size of Mars (named Theia) colliding with a proto-Earth around 4.4 billion years ago.

Rolling back the clock through these simulations, researchers found that a new theory was much better suited to the end result of what we observe today. The researchers suggest that Theia collided with Earth at a much faster speed than previously anticipated, which caused a "hit and run" incident that teed up Theia and Earth to collide again sometime 100,000 to 1 million years after the initial collision.

Asphaug explained, "The double impact mixes things up much more than a single event, which could explain the isotopic similarity of Earth and moon, and also how the second, slow, merging collision would have happened in the first place."

If you are interested in reading a more in-depth explanation for this new theory about how the Moon came to be, check out this link here.