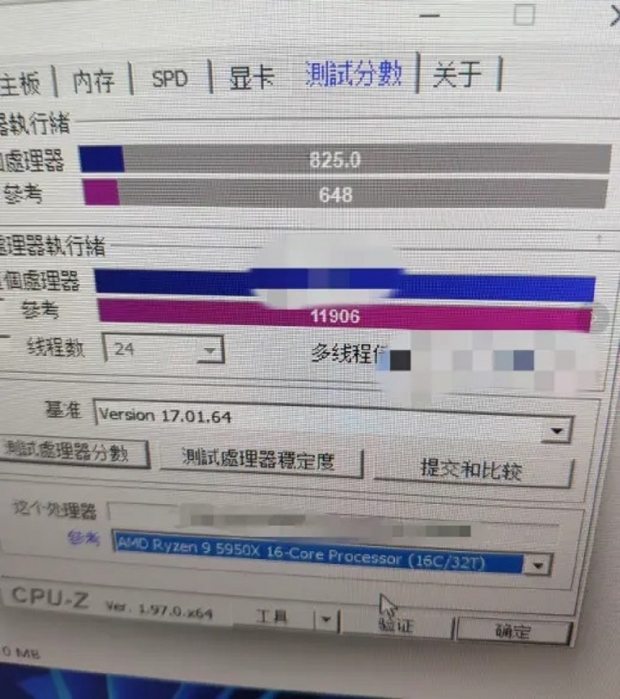 In the screenshots leaked on Bilibili, the new Core i9-12900K scores 825 points in the CPU-Z built-in benchmark. This is up 27% from the Ryzen 9 5950X which scores 647 while the Core i9-11900K scores 682. There's no multi-thread performance numbers here, but we should expect near identical performance between the Core i9-12900K and Ryzen 9 5950X processors as the blue/purple bars are the same length here in the benchmark results. 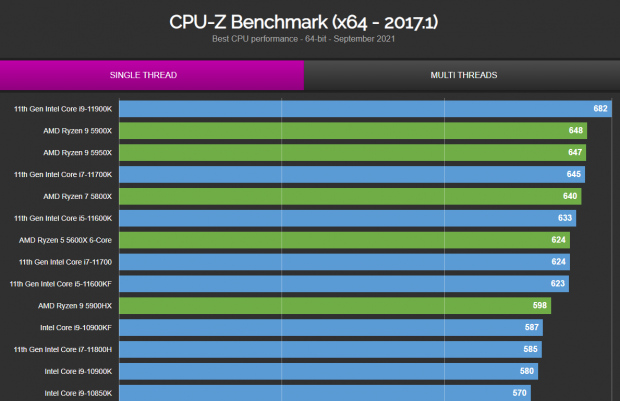 I'll be shifting over my main GPU test system to Intel's new Core i9-12900K the second I can, as it'll be the most exciting upgrade in quite a while now. Intel Alder Lake will also introduce DDR5 and PCIe 5.0 as well.