Intel's new 12th Gen "Alder Lake" CPUs aren't too much further away, and now we have some more benchmark numbers to tease us from the flagship Core i9-12900K processor. 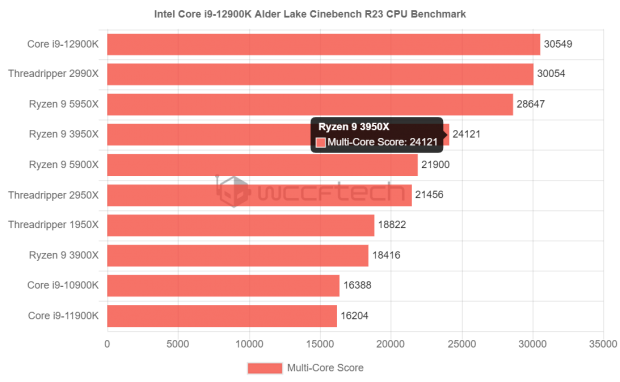 The new Core i9-12900K was used inside of an ASRock Z690 Phantom Gaming 4 motherboard, installed into a system made by a Chinese system integrator called ThundeRobot. This system was tested with the Core i9-12900K processor benched in SiSoftware Sandra but didn't match up against the AMD Ryzen 9 5950X.

We should expect Intel to come out on top of virtually all of AMD's Ryzen CPU stack -- and in some multi-core tests it's even beating the higher-core count Ryzen Threadripper CPUs. Impressive stuff to see from Alder Lake so far, and we're not even hands-on yet.