A new video has captured the moment the Inspiration4 crew first saw the Earth through SpaceX's Dragon cupola.

The video has been posted on the Inspiration4 YouTube channel and shows crew members floating around the Dragon capsule. Hayley Arceneaux, the crew's medical officer, is seen center frame smiling at the camera, and in the background, the very famous soundtrack from Stanley Kubrick's 2001: A Space Odyssey is playing.

Hayley is then seen looking out the see-through dome or cupola that SpaceX equipped the Dragon for this specific flight. The video shows Hayley's reaction to the view out the cupola and other crew members vocalizing their amazement. The very last few frames really show how genuine this moment is as Hayley's reaction goes from excited and smiling to blank-faced awe with tears welling up in her eyes. A truly incredible moment to capture on video.

Read more: Inspiration4 crew had an issue with SpaceX's Dragon toilet with a view 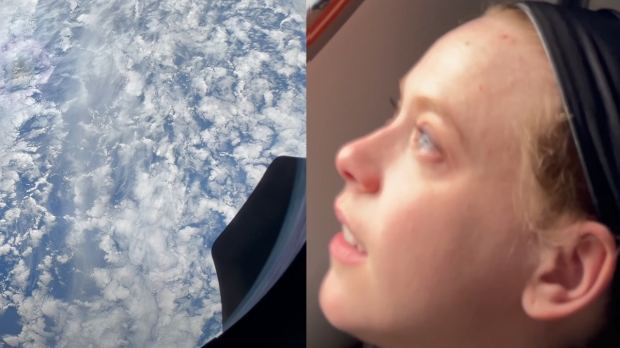