Twitter has just announced it is letting users tip their favorite creators with cryptocurrency Bitcoin, after testing the feature out back in May as a way that creators could earn payments for their tweets. 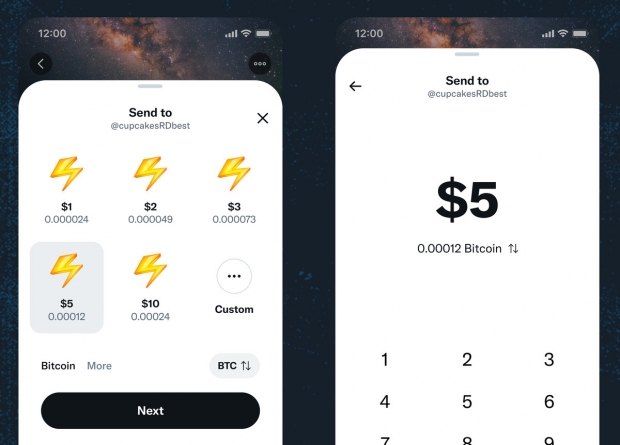 The new Tips feature has rolled out across the planet for iOS users and will reach Android users in the next few weeks. Bitcoin is now accepted on Twitter under their new Tips feature, which would previously accept payment through services like Square's Cash app or PayPal's Venmo.

Accepting BTC on Twitter isn't the only thing the social network announced, but there's also NFT authentication and plans about using other experiments to give more context about a conversation for users that have just dived in. There's a new creators fund coming in the next few weeks, which will help audio creators with access to financial, technical, and marketing help.

Twitter Product Lead for Creator Monetization, Esther Crawford, explained: "The goal of it really is to provide that technical and marketing expertise. We think of it as kind of a stopgap solution. We want to onboard these folks into other long-term monetization features. But we want to give them an initial boost".

The social media giant is also preparing to support NFT authentication, which would let NFT creators connect their crypto wallets to Twitter -- which would let them track and showcase their NFTs on Twitter. Twitter hasn't detailed this just yet but we'll hear more about the NFT side of things in the coming weeks.

As for the Bitcoin tips with users, you'll be able to add a Bitcoin Lightning wallet, or add their Bitcoin address -- this would let them receive Bitcoin tips through Twitter. Twitter CEO Jack Dorsey tweeted out that it was just a "matter of time" before Twitter built in support for the Lightning Network.