Blizzard has ideas on how to expand Diablo 2 Resurrected with new content that didn't exist in the original game. 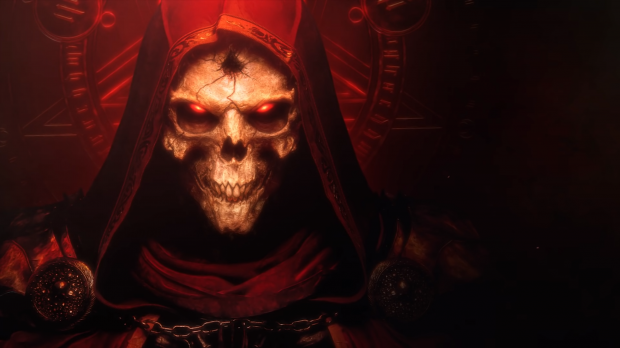 Despite being 20 years old, Diablo 2 Lord of Destruction is still technically an unfinished game. Back in the day, Blizzard North had released a number of patches to add in new features like fresh runewords, new skill synergies, item balances, and even respec options, but Diablo 2's item arsenal remains unfinished with many elite uniques missing from the database.

That could change thanks to the new Diablo 2 Resurrected remaster. Blizzard says they have a bunch of ideas on new items, runewords, and other updates that weren't available in the old-school PC game. Diablo 2's resurrection might only be the beginning, and Blizzard could reignite the fires of hell by slowly iterating, changing, and eventually revolutionizing the game.

In a recent press roundtable, design director Rob Gallerani says the team has an idea of future content...but the core experience comes first:

"We wanted to build a really strong foundation before we started talking about the third and fourth floors on this building. If we mis-stepped on what the core game was, anything else we were doing would have been kind of meaningless. We definitely have lots of ideas, but right now we're waiting to make sure that we get the core game right.

"We'll have to see once the game goes live what we do about new runewords, new items, rebalancing, things like that."

This isn't a confirmation that new content is coming. It's entirely possible Blizzard will just move on to the next project and only apply touch-ups to D2R. I would love to see new expansions and other premium content roll out for D2R, along with some much-needed balancing (the grindiness is going to deter players, for instance) and the inclusion of basic features like chat lobbies on consoles.