AMD's new Radeon RX 6600 has already been teased but we're expecting AMD to require all AIB partners to list their samples by last week, on September 15 -- these samples can start shipping on September 29, but they're not allowed to arrive before October 4.

The NDA for the Radeon RX 6600 is reportedly October 13... and the GPU itself will feature 1792 Stream Processors and 28 Compute Units on the kick-ass RDNA 2 graphics architecture, with 8GB of GDDR6 memory joining the mid-range 1080p gaming GPU party. 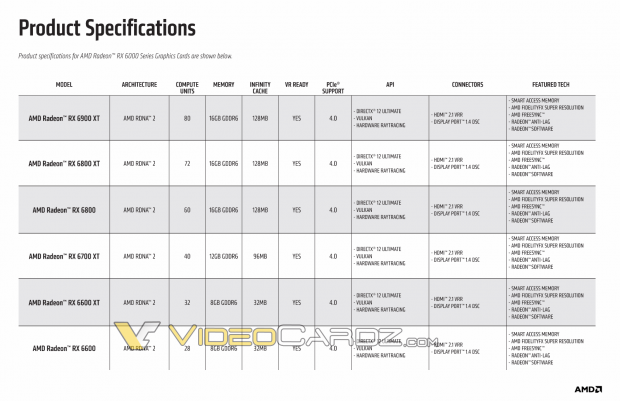 AMD didn't have reference cards of its Radeon RX 6600 XT so we should expect the same thing with the Radeon RX 6600, no reference model, unfortunately. There were plenty of kick-ass custom models along the way, so we should definitely expect some stellar AIB custom 1080p gaming powerhouses next month.