A surprise discovery has led researchers to believe that black holes may be more complex than what was initially thought. 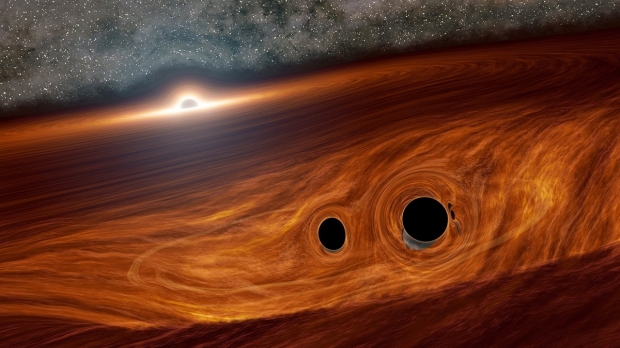 According to a new study published in the journal Physical Review D, astronomers Xavier Calmet and Folkert Kuipers of the University of Sussex studied the changes in gravitational forces that are changed by quantum particles located at the edge of the black hole. What they found after running their calculations was an anomaly appeared that they couldn't explain. The researchers concluded that what they saw in their calculations was black holes have pressure.

Xavier Calmet, Professor of Physics at the University of Sussex and an author on the study, explained, "Our finding that Schwarzschild black holes [static black holes without electric charge and angular momentum] have a pressure as well as a temperature is even more exciting given that it was a total surprise. I'm delighted that the research that we are undertaking at the University of Sussex into quantum gravity has furthered the scientific communities' wider understanding of the nature of black holes."

Calmet says that the pressure black holes exert is only small. However, the discovery of it will allow researchers to establish a much greater understanding of how black holes work and their behavior. Camlet added, "If you consider black holes within only general relativity, one can show that they have a singularity in their centers where the laws of physics as we know them must break down. It is hoped that when quantum field theory is incorporated into general relativity, we might be able to find a new description of black holes."

For a more in-depth explanation of the study, check out this link here.