I'm a huge fan of NVIDIA's kick-ass DLSS (Deep Learning Super Sampling) technology, especially in its DLSS 2.0+ form, but now we're going to be seeing more of DLAA (not a typo, that is Deep Learning Anti-Aliasing) which is going to first appear in The Elder Scrolls Online.

Zenimax unveiled the news during their recent ESO live stream, where we found more information out about the upcoming Deadlands zone DLC with base Update 32. The new patch will add DLSS to The Elder Scrolls Online, which will help out lower-end GPUs and those chasing 120FPS+ but what about high-end GPUs that want visual quality?

Where DLSS upscales the resolution, DLAA will offer "incredible anti-aliasing". ESO Creative Director Rich Lambert explains: "While we were working on adding NVIDIA DLSS, we also worked with them on some new tech that we're going to be the first game that's ever done this before. This is debuting their new tech, which is called NVIDIA DLAA. It's the same kind of concept, you won't get a performance boost out of this but what you get is absolutely incredible anti-aliasing. It's unbelievable, it's crazy how good it is".

He continued: "Huge thanks to the team at NVIDIA for humoring and then supporting us releasing this when we brought up and tested this hijacking of their DLSS tech into its own thing. It's not something every game would need, but for ESO it just made sense. Great stuff <3" 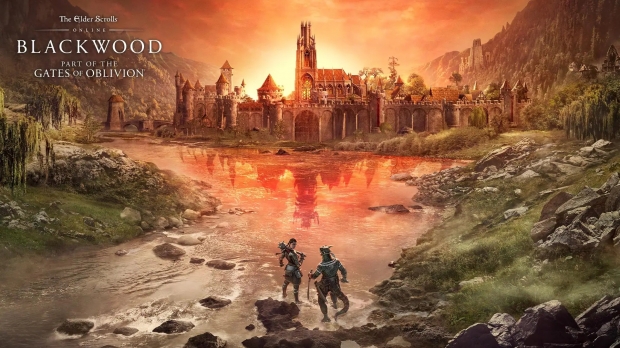