KIOXIA has just announced its new FL6 SSDs that use the PCIe 4.0 NVMe 1.4 interface, here to take up a battle against Intel's enterprise-focused Optane SSDs. 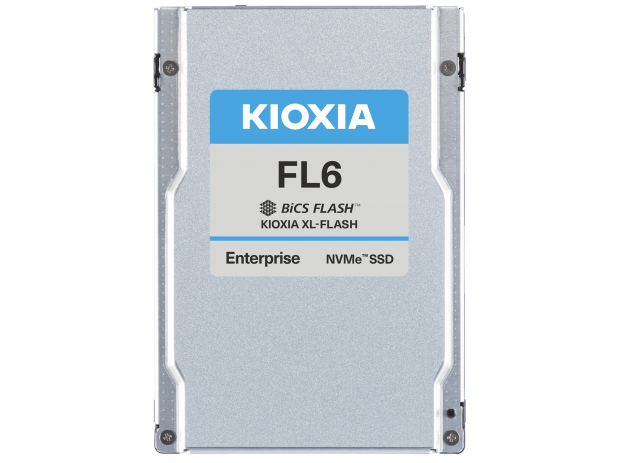 We don't have any hard numbers yet, but KIOXIA is saying that its new FL6 series SSDs are cheaper, and faster than Intel Optane offerings. KIOXIA is using its own in-house SLC XL-FLASH technology mixed with their BiCS 3D NAND flash memory on their new FL6 series PCIe 4.0 SSDs.

There's native dual-port support, with much faster program times of 7ms and lowered latencies of just 5ms -- a 10x improvement over TLC-based SSDs. KIOXIA is making its new FL6 series in capacities between 800GB and 3.2TB, so you'll be able to get something for any system with up to 3.2TB capacities available.

Neville Ichhaporia, vice president, SSD marketing and product management, KIOXIA America, Inc explained: "SCM is the next frontier for enterprise storage, and our FL6 Series SSD is designed to cost-effectively fill the gap between DRAM and traditional TLC-based flash SSDs".

Jeff Janukowicz, research vice president, IDC explains: "Enterprise IT architects are always trying to accelerate data access and are now looking to storage class memory to deliver lower latency and higher performance than TLC-based flash storage to their applications. NVMe SCM SSD solutions, such as the KIOXIA FL6 Series, will help fulfill the needs of this fast-growing market where spending is expected to increase tenfold by 2025 compared to today".