DEATHLOOP is now out on the PC and both the next-gen PlayStation 5 and PlayStation 4 consoles, but now we have some more performance details on the PS5 version of DEATHLOOP.

Bethesda and Arkane have added AMD FidelityFX Super Resolution (FSR) support, which helps out the PC version of the game on both AMD Radeon and NVIDIA GeForce GPUs. DEATHLOOP is using temporal reconstruction to scale the resolution on the PS5, with ray-traced shadows on offer that are generated by natural light and are part of the ambient occlusion.

In a video comparing the PS5 and PC versions of the game made by ElAnalistaDeBits, and that the PS5 has "stuttering issues" and that the Quality Mode runs between 40-60FPS average. I wouldn't be running this game, or any other game without 60FPS average -- especially since DEATHLOOP has a Performance Mode offering 4K 60FPS (without ray tracing).

Here's the modes that DEATHLOOP runs at on the PlayStation 5: 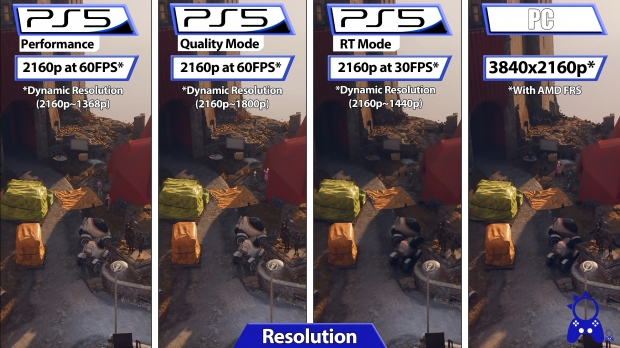