A modder has used a CH SN530 NVMe SSD -- the NVMe M.2 SSD used inside of Microsoft's next-gen Xbox Series X/S series consoles -- and a CFexpress to SSD M.2 NVMe adapter and expanded the storage in his Xbox Series X console. 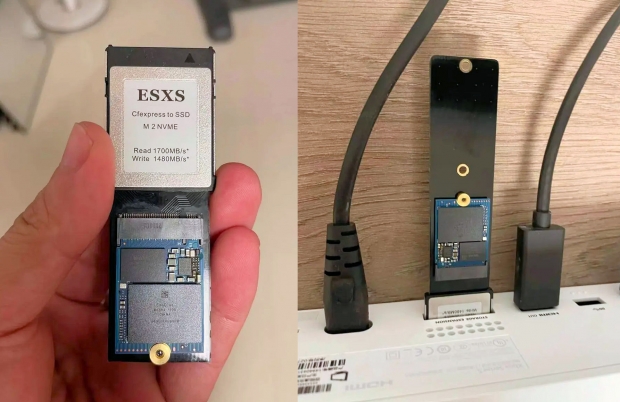 The adapter itself is limited to 1.7GB/sec reads and 1.48GB/sec writes, and is an alternative to the only official expandable storage for the Xbox Series X/S console outside of the Seagate Xbox 1TB. This isn't that great, as you only have the single option (Seagate's Xbox 1TB storage drive) for your next-gen Xbox Series X/S expandable storage needs.

You can see the drive plugged into the CFexpress to SSD M.2 NVMe adapter, but this adapter isn't easy to find. It's reserved for content creators and mostly photographers, who work with Compact Flash (CF) cards. The modder notes that someone tries to "plug the camera card (CFexpress Type-B, PCIe 3.0 x2, 2000MB/s) into the Xbox, and an incompatible prompt popped up".

Someone tried to plug the camera card (CFexpress Type-B, PCIe 3.0 x2, 2000MB/s) into the Xbox, and an incompatible prompt popped up.