The Nazis had over 1000 cubes of uranium during the mid-1940s and their experimentations with the first weapons of mass destruction... but most of them are all gone -- in fact, all but 14 remain. 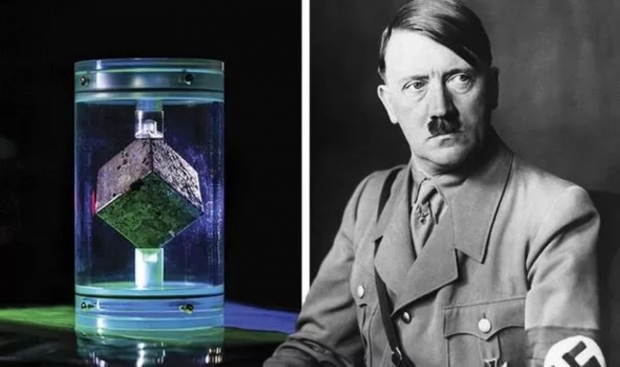 Researchers are now trying to find the remaining Nazi uranium cubes, with Tim Koeth and Miriam Hiebert hunting them down. Hiebert, a historian and materials scientist, told Business Insider: "Marie Curie's granddaughter has one. She uses it as a doorstop".

As for the cubes themselves, researchers believe there are just 14 out of more than 1000 used during Nazi Germany's experiments with nuclear weapons. 600 of these Nazi uranium cubes were captured, and shipped over to the US back in the 40s -- but after they reached US shores, no one knows where they went.

Koeth has called the cubes the "only living relic" of Nazi Germany's nuclear efforts, saying: "They are the motivation for the entire Manhattan project". If you don't know what the Manhattan project is, then you have some reading to do.

Once scientists began leaving Europe -- including Albert Einstein and Enrico Fermi, the warning bells were rung that Germany could make an atomic bomb. At the peak of the Nazi party, Germany was the world leader in physics, while the science of nuclear bombs was just beginning.

Out of the almost 1000 that Nazi Germany had, only 14 can be tracked down in 2021 -- and because the US was so secretive of their own nuclear program, the location of the 600+ cubes of Nazi uranium were kept just as secret.