It appears YouTuber Austin Evans was wrong--Sony's new PlayStation 5 (CFI-1100B) is actually better than the launch model in some ways.

New findings from Hardware Busters and Igor's Lab confirm Sony's new PS5 revision is actually better in some ways than the launch model. 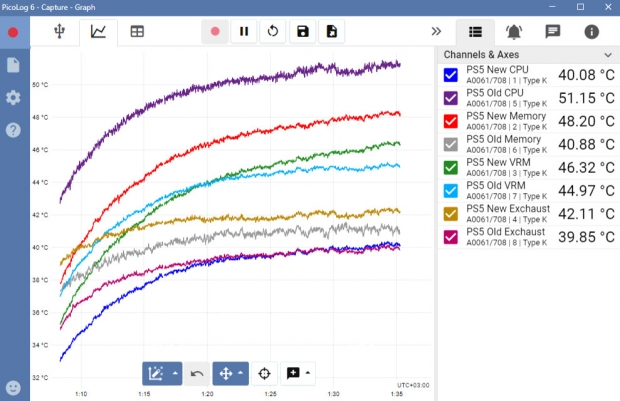 According to the site's detailed analysis, the SoC in the new PS5 runs 11 degrees cooler than the 2020 launch model. Two PS5 models with the same fans (Nidec G12L12MS1AF-56J14) went head-to-head, and the fans ran at exactly the same speed. The new PS5 (25.9 dBA) is slightly louder than the base PS5 (24.8 dBA) due to the new heat sink, so there's more air output and thus more noise. Power output measurements between the two PlayStation 5s are basically the same as well. 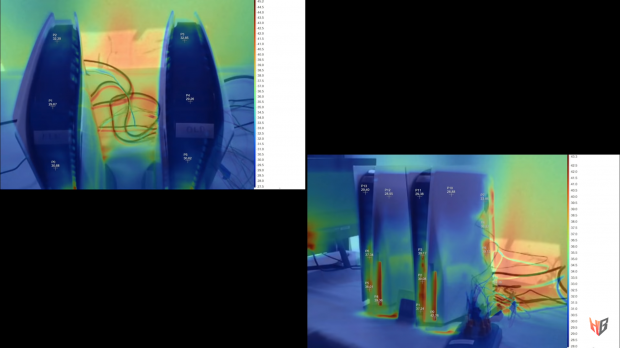 Temperature-wise, the smaller heat sink in the new PS5--which features six heat pipes, the same as the launch version--is actually more efficient at cooling the APU, but the reduced surface area is apparently leading to higher memory temperatures. Igor's Lab noticed a ~8 degree increase in the new PS5's memory temps.

As it turns out, Evans' observation actually helps the new PS5's case: exhaust temperatures are higher because the console is pushing out more heat, which is a good thing. Less heat is being trapped in critical components like the APU and the extra heat generated by the memory is apparently being efficiently passed out.

Sony likely will not issue any official comments on this matter and we have updated our previous coverage to reflect this new data. 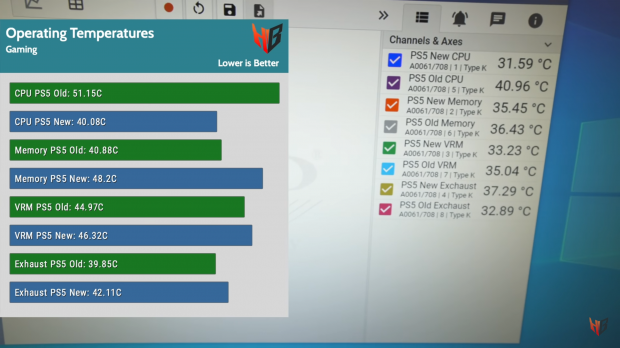 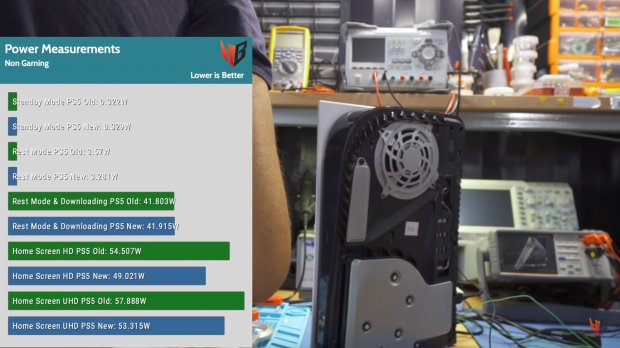 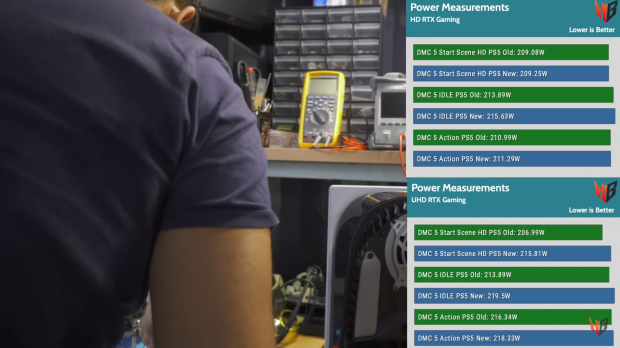 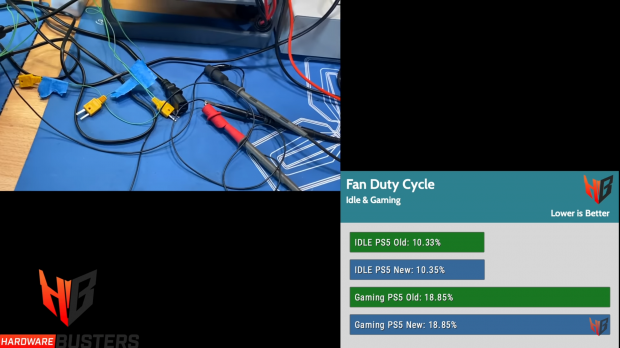