Stardew Valley has not sold a massive 15 million copies on all platforms since launch in 2016. 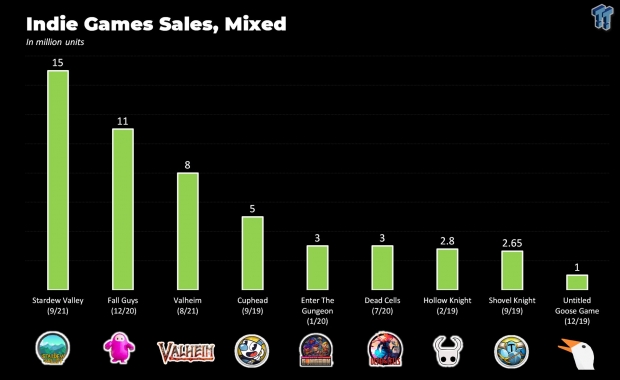 Hugely popular indie farming sim Stardew Valley has sold a whopping 15 million copies in the last 5 years, the developer's website now confirms. This is a marked increase of 5 million units since January 2020. The indie darling has beaten other major competitors like Fall Guys, Valheim, Cuphead, Shovel Knight, and Hollow Knight, and even some big-budget AAA games like Final Fantasy XV, Battlefield V, and every Resident Evil game that Capcom has released (Resident Evil 5, the top-selling RE game, sits at 10.2 million copies).

Stardew Valley creator Eric Barone is currently working on his next game.

Here's a comparison of how Stardew Valley sales stack up against other titles: