NASA has announced that its Perseverance rover has officially collected its first-ever rock sample from the Red Planet.

Perseverance and the small scout helicopter named Ingenuity landed in the Jezero Crater back in February, and since then, both robots have been observing their surrounding. Perseverance has previously attempted to collect a sample of rock from Mars but failed. Now, Perseverance has announced on its Twitter account, as well as NASA has confirmed that Perseverance's first sample has been collected and secured.

The first is a drilled-out core of a rock, and it was collected on September 6. The rock sample has been sealed inside a titanium tube and will be a part of a collection that Perseverance will acquire over its mission. NASA expects that Perseverance will carry around a dozen of these core samples, all of which will eventually be transported back to Earth for analysis. 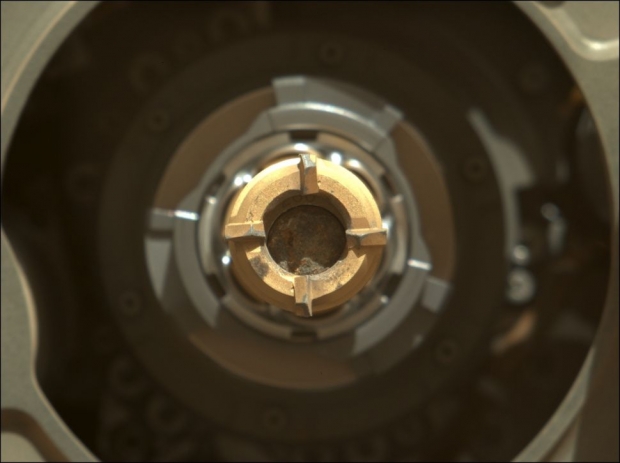 From these samples, planetary scientists and other researchers will be able to gain more knowledge into Mars' history and how the planet came to be what it is today.

Thomas Zurbuchen, the head of NASA's Science Mission Directorate, said, "For all of NASA science, this is truly a historic moment. Just as the Apollo moon missions demonstrated the enduring scientific value of returning samples from other worlds for analysis here on our planet, we will be doing the same with the samples Perseverance collects as part of our Mars Sample Return program. Using the most sophisticated science instruments on Earth, we expect jaw-dropping discoveries across a broad set of science areas, including exploration into the question of whether life once existed on Mars."