Space satellites aren't just used for communication purposes, some are used to take images of the Earth to document natural events such as hurricane Ida, or a volcanic eruption.

Mount Etna has erupted for the 50th time in 2021, spewing out plumes of gas, ash, and lava. The 50th eruption occurred on August 30 and was documented by the European Sentinel 2 satellite with an overhead image. Volcanologists had known that Mount Etna was unstable when it began releasing clouds of ash and gas in late 2020.

According to volcanologist Boris Behncke from the National Institute for Geophysics and Volcanology (INGV), "Etna was building up for something big (we feared an eruption from the flank) with intense seismic activity, ground deformation, and degassing. On 16 February the real series of paroxysms [eruptions] started, seismicity stopped, ground deformation reversed to deflation."

Due to how active Etna has been, researchers are keeping a very close eye on Etna to measure the number of volcanic plumes it is spewing out and how the volcano is generally affecting the area. For more information on this story, check out this link here. 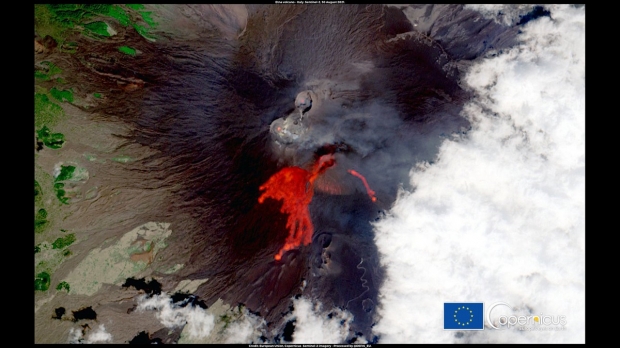