Hello Games recently released another mega update to No Man's Sky that's so big that it makes most AAA publishers look bad.

No Man's Sky's anticipated Frontiers update is here, and it's better than anyone expected. Frontiers is the 17th free update to the game, and it adds a ton of new content that further transforms No Man's Sky into a competent space sim.

The content includes procedurally-generated planetary settlements, and even the option to become mayor of a particular city and oversee its denizens and help the settlements grow into fully-fledged communities. You'll even have to defend your city against attacks in chaotic FPS combat, and the cities and towns will generate resources should you prove to be a benevolent ruler. The game has come a long way from the lonely worlds of 2016.

Hello Games has also added in hundreds of new base parts to fuel customization, new building controls, a significantly streamlined UI, and much more.

Hello Games' Sean Murray says Frontier is just the beginning of more content: "This is just another update for us, another step, and there's more to come. We're excited for what it allows us to do in future," Murray said. 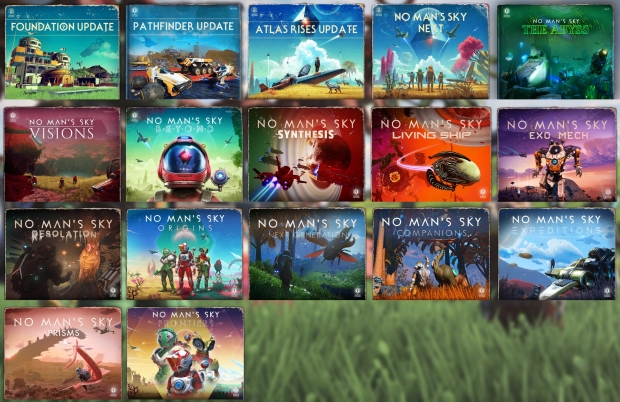 This level of expanded content is rare in the games industry, especially with it being 100% free. No Man's Sky has become one of the most profound comeback stories of the modern gaming era and Hello Games has done it all without any in-game monetization.

For a full rundown of what's included in Frontiers, click here or check below for patch notes.