If you pre-ordered Battlefield 2042 then you will get access to the early beta of the game, which is reportedly kicking off very soon -- between September 6 and September 11. 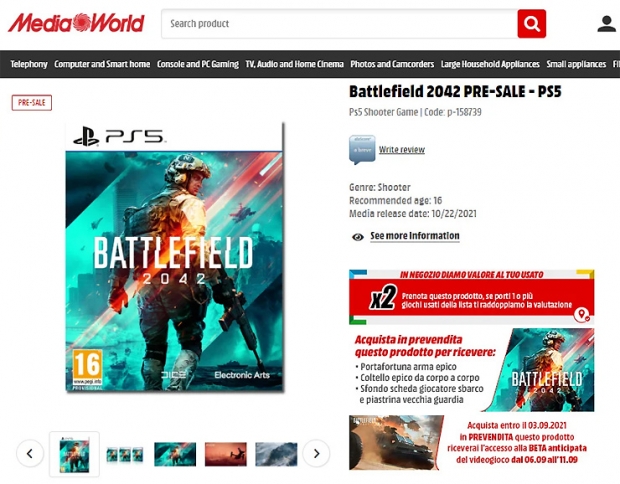 The news of the Battlefield 2042 beta is coming from Italian outlet MediaWorld, which is the biggest electronics retailer in all of Europe. They've got a listing for the PlayStation 5 version of Battlefield 2042, which says: "Pre-order this product by September 3 and you will receive access to the early beta of the game from September 6 to September 11".

Even the official Battlefield Twitter account is getting in on the fun, as they know that millions of gamers and Battlefield fans (myself included) are heavily anticipating the new first-person shooter. I mean, I'm pretty damn hyped -- more than the last couple of total failures of Battlefield games (at least IMO). I need something to pull me away from Call of Duty: Warzone.