Intel's next-gen Alder Lake CPUs are not too far away, with some more testing and benchmarking being performed by Lenovo China Gaming Desktop Product Planning Manager, "Woldstame" on Chinese media platform Weibo. 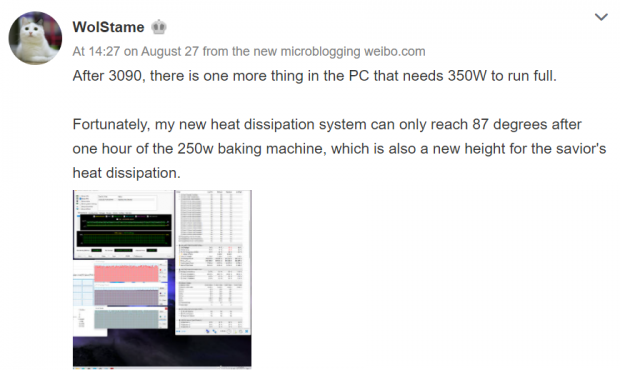 He tested the new Alder Lake CPU with power and heat stability benchmarks run through AIDA64, where after just under an hour of benchmarking the unnamed processor -- probably the Core i9-12900K -- was running at an average of 86C, and up to 93C at times.

Not only that, but he notes that the NVIDIA GeForce RTX 3090 graphics card inside of his PC is now not the only thing that consumes 350W of power. 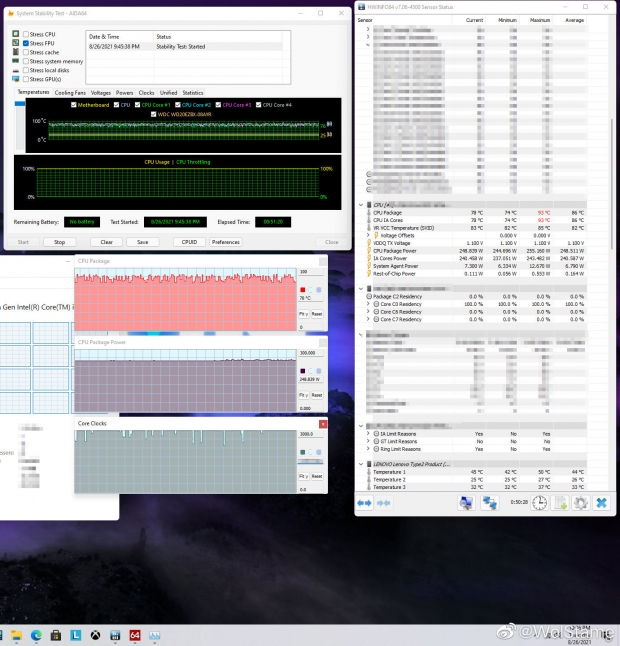 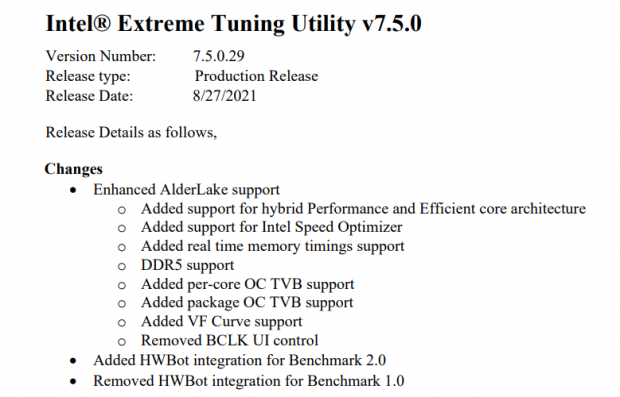