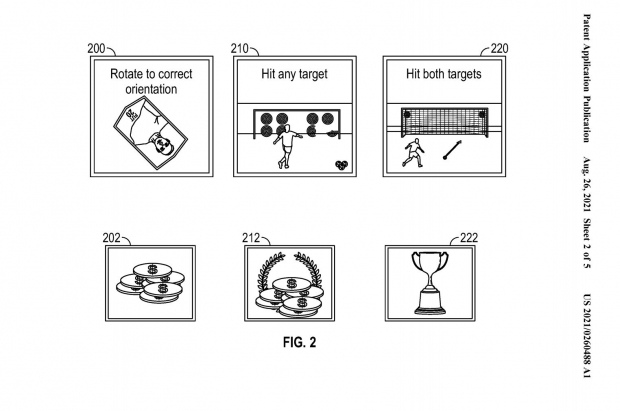 EA has outlined a unique non-invasive way to combat bots while also rewarding authentic players at the same time. A new patent aims to create an interactive Captcha where players solve a puzzle or complete an objective to get an item in return--maybe some in-game currency, points, or a special cosmetic skin. In the process EA will learn if they're actually human or not.

Make no mistake: EA loves bots, but only the bots it has made specifically for games. After all, Battlefield 2042 will be populated with AI bots to provide "24/7 Battlefield mayhem",

Check below for excerpts from the patent. Remember that this isn't a confirmed feature and may not actually show up in any existing or future Electronic Arts product. 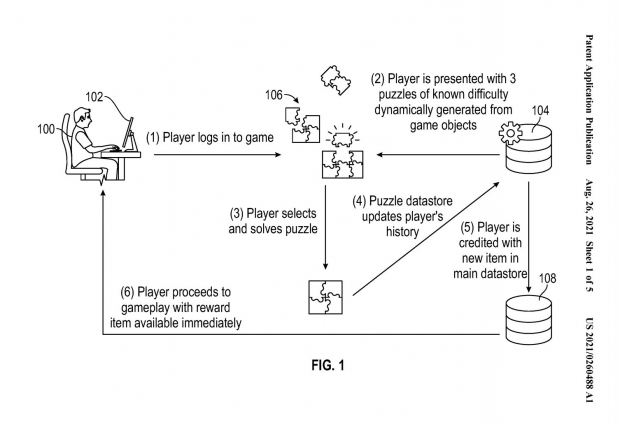 In video games, a bot is a type of artificial intelligence (AI)--based expert system software that plays a video game in the place of a human. Bots are problematic because players who use them gain unfair advantages over other players.

A CAPTCHA (an acronym for "Completely Automated Public Turing test to tell Computers and Humans Apart") is a type of challenge--response test used in computing to determine whether or not a user is human. CAPTCHAs may be utilized to prevent bots from accessing content intended only for human users.

However, requiring users to pass CAPTCHAs each time they desire to play a game quickly becomes repetitive and cumbersome, which detracts from the gameplay experience.

Aspects of the present disclosure address these issues by providing for systems and methods wherein, instead of a single CAPTCHA, a user is presented with multiple dynamically-generated puzzles of increasing difficulty. Each puzzle may be each paired with an in-game reward.

Any one of the puzzles may be solved to pass the CAPTCHA. Each puzzle may include scrambled parts of the in-game reward, for example, a weapon, a skin, in-game currency, etc., that the player will also receive upon successful completion. Players may choose the simplest option if they wish to get to the game faster, or they can take more time to get a larger reward.

Users with more knowledge of the game may also be able to solve the difficult puzzles more quickly, which rewards high engagement players. Long term user behavior (i.e., always choosing the same/easiest option) also may provide additional information as to which users may be a bot. As a result, the CAPTCHA becomes part of the gameplay, and is no longer a barrier to the gameplay.

The disclosed system solves this technical problem by providing a solution also rooted in computer technology, namely, by providing for progressive CAPTCHAs that reward players for completing them. The disclosed subject technology further provides improvements to the functioning of the computer itself because it reduces processing and bandwidth costs associated with bots.

FIG. 1 illustrates an exemplary login process, according to certain aspects of the present disclosure. According to aspects, a user 100 logs into a game via a user device (or "user computing device") 102. For example, the user device 102 may be a mobile device (e.g., a smartphone), a console, a set-top box, a desktop device (e.g., a laptop computer, a desktop computer, etc.), or the like. Upon receiving a request to log into the game, a puzzle datastore 104 may be configured to generate a set of puzzles 106 (e.g., a set of challenge options) of varying difficulty levels.

For example, the reward may include at least one of a small reward, a mid-value reward, or a high-value reward. Additionally, because the puzzles 106 are dynamically generated from a wide variety of game-specific elements, the puzzle datastore 104 will not run out of puzzles 106 to generate, and the puzzles 106 may each be unique.