The Matrix 4 is officially called The Matrix: Resurrections and its first trailer for the movie has dropped, and some movie sites got to have eyes-on with it for the big tease. 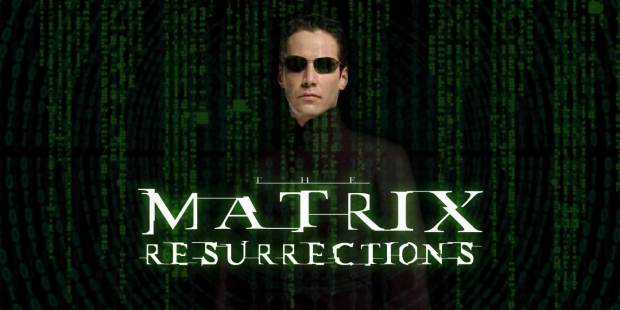 The trailer for the movie opens up with Neil Patrick Harris talking to Keanu Reeves' iconic character, Thomas Anderson aka Neo, in a near-future San Francisco setting. Anderson seems to be at the point he was just before the events that changed his life in the original Matrix.

It's revealed that Anderson is talking to his therapist, with Anderson saying: "Am I crazy" to which Harris' character says "We don't use that word in here". I'll stop here, as this rings alarm bells for me: this sounds like a very woke version of Thomas Anderson who goes to a therapist... the Thomas Anderson we met in the original Matrix did not seem like the kind of guy who would do that.

Anyway, Neo bumps into Trinity at a cafe and says "Have we met"... while Deadline reports that there is a shot of "blue pills spilling into a sink" and Jefferson Airplane's "White Rabbit" playing in the background. Neo distorts into an old man in the mirror, while a younger Morpheus tells Neo that it's "time to fly" and then hands him the red pill.

Deadline reports that before the trailer for The Matrix Resurrections was played to the audience, a making-of clip was shown with Keanu Reeves and Carrie-Anne Moss discussing how The Matrix changed their lives. Reeves explained: "The first Matrix felt like something beyond yourself... You'll hear the sentence 'The Matrix changed my life.' I say, 'Thank you, it changed mine too".

Moss said: "I never thought 'Dodge this' was going to be a big deal" -- the iconic phrase she says as Neo dodges bullets during the first time we ever saw Bullet Time... and she has the gun to the agent's head and says "Dodge this" after dodging all of Neo's bullets.

The Matrix 4 which is now officially titled The Matrix Resurrections, debuts on December 22, 2021.