It looks like NVIDIA will be bundling EA DICE's next-gen Battlefield 2042 with its GeForce RTX 30 series graphics cards, teased by Inno3D. 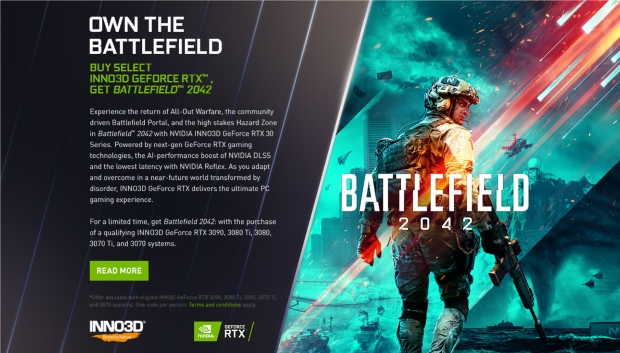 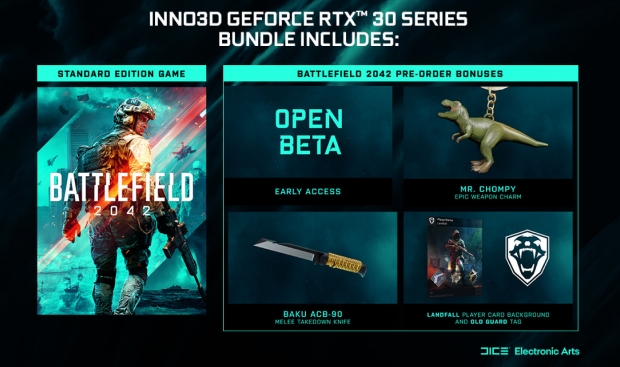 Not only that, but you'll also get some Battlefield 2042 pre-order bonuses that include Mr. Chompy -- an epic weapon charm, the Baku ACB-90 tactical knife, and special player cards and in-game tag for online profiles.