Around 2 billion years ago, a massive meteor struck South Africa, causing what is now known as the Vredefort impact crater, the largest impact structure on Earth. 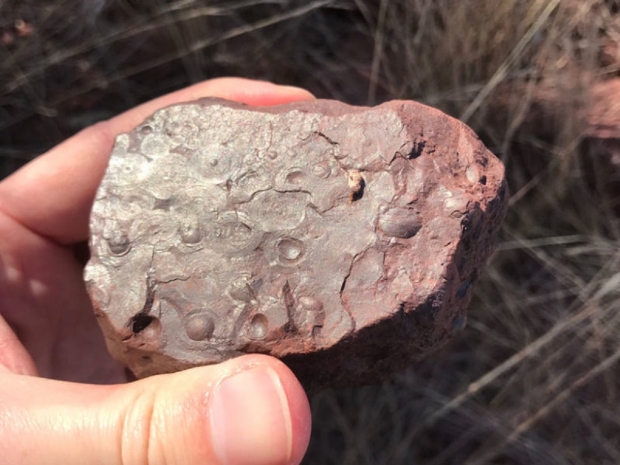 Researchers who are interested in discovering more about the impact crater and the meteor that caused it have found impact ejecta, which are sediments that were launched from the impact zone, around 120 miles to the west of the crater. The researchers managed to find sediments dated between 1.9 billion to 2.2 billion years old. The sediments had telltale signs of experiencing either a volcanic eruption or a meteorite impact.

Elmar Buchner, a geologist at the Neu-Ulm University of Applied Sciences in Neu-Ulm, Germany, who wasn't involved in the study, said "There's no doubt that it is impact ejecta" and that the features found in the sample are "unequivocal evidence" of impact material. Matthew S. Huber, a geologist at the University of the Western Cape in Cape Town, South Africa, and lead researcher on the study, said, "These grains were subjected to a shock wave."

Huber also added that there is plenty more research to be done, and with more time spent with the samples, researchers will be able to unlock more knowledge about the meteor that caused Earth's largest impact "We are already planning our next analyses. There is a lot of work to be done."