Astronomers have managed to capture some of the highest detailed images of galaxies, which could allow researchers to develop a deeper understanding of how galaxies work. 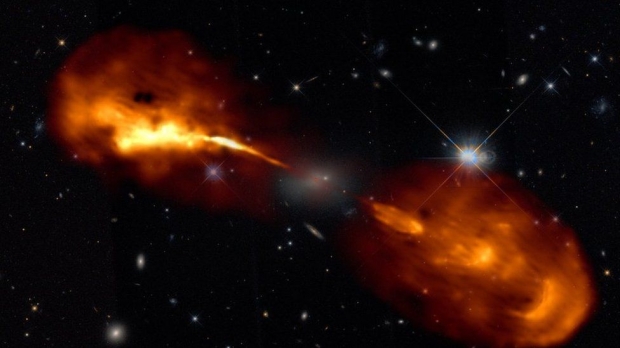 The team of astronomers used more than 70,000 small antennae across nine European counties to drastically increase the resolution of the images. Additionally, over six years the team created a completely new way of collecting the signals from each of the antennas, interpreting the data, and then combining it together to eventually form the image.

Dr Leah Morabito from Durham University, the UK, who spearheaded the achievement, spoke to BBC and said, "To work on the data for so long, and then to finally get such images and be able be the first person to see what it looks like is just incredible. I walked around with a huge smile on my face for the rest of the day, because I felt so proud that I was able to make these images and be able to see something nobody had ever seen before".

As for the image seen above, researchers point out that it shows a galaxy that has a black hole at its center. The black hole is shooting out long of material on either side of it, as seen in orange. If you are interested in learning more about black hole jet streams, check out this link here.