GIGABYTE has confirmed it has been hacked, with hacking group RansomEXX claiming it had access to 112GB of confidential information that included secret goodies about AMD, Intel, and AMI documents. 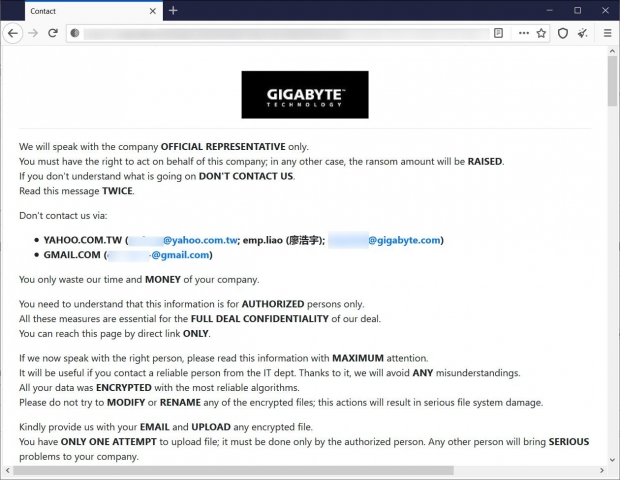 The huge 112GB amount of documents and data is a very large amount, where it could be the very foundations and blueprints of next-generation technologies, product roadmaps, security keys for UEFI/BIOS/TPM data/keys, and so much more.

A message that TechPowerUp posted says that the hackers will only speak with an "OFFICIAL REPRESENTATIVE" of GIGABYTE, and they must have the power to act on behalf of the company -- if someone without that power contacts them, the ransom will be "RAISED" warns the hackers.

If these hackers are serious, there could be billions and billions of dollars worth of damages from the companies involved in the hack. 112GB of data from the likes of AMD and Intel alone is crazy, and then take into consideration the repercussions for GIGABYTE and its security staff.