I still remember pumping countless hours into Duke Nukem 3D back in the 1990s but man, what a mess Duke Nukem Forever turned into... but did you ever hear about Duke Nukem Begins?

Rewinding the clock back to 2008, director Gregor Punchatz was working for Janimation in Dallas, Texas when they were tasked by Gearbox Software to make a tease for Duke Nukem Begins. Duke Nukem Begins would've acted as a back story for Duke, which looks pretty damn cool.

Gregor Punchatz explained: "In 2008, when I was working for the good folks at Janimation in Dallas Tx, we were hired by Gearbox to create a vertical slice (an animated version of what the game will look like) for the game "Duke Nukem Begins", a Duke origin story".

"I headed up this project, as the director at Janimation, and did a lot of the character development, including the design and modeling of Duke. We poured everything we had into making the most awesome cinematic Janimation had ever created. But unfortunately, we got word the game was canceled due to the legal issues with Duke Nukem at the time".

13 freaking years after it was released, Gregor wants to see Duke Nukem Begins become a reality. He added: "Because it is still a piece I am damn proud of, I am releasing it 13 years after its creation. The whole team that worked with me deserves to see this released into the wild. I hope this somehow resurrects this version of the game by showing the world how awesome it would have been...". 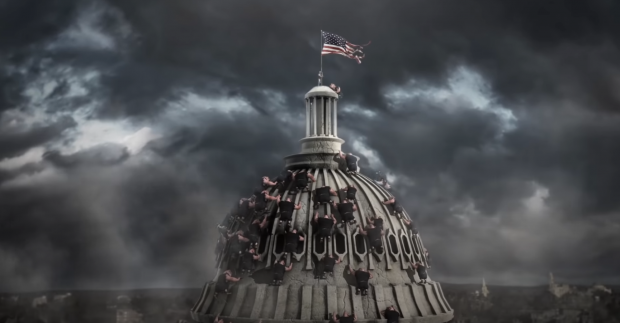