This burst from the black hole created high-energy rings from a phenomenon known as light echoes, which is when a burst of X-rays bounce off dust clouds between V404 Cygni and Earth. Below is an image that shows the X-rays in light blue overlayed on optical data (stars seen in the image) acquired by the Pan-STARRS telescope in Hawaii. The team of researchers looked at observations made by Swift in 2015, and found that they the distance between each of the intervening dust cloud could be measured with the diameter of each ring. 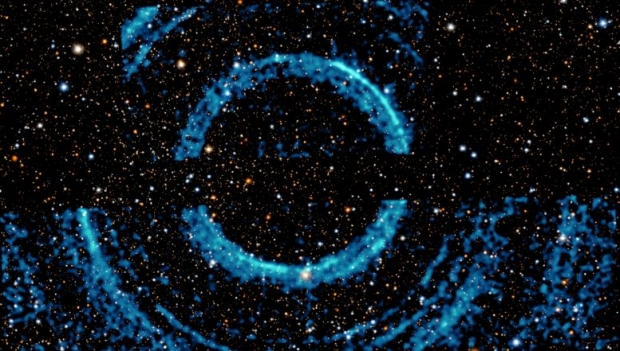 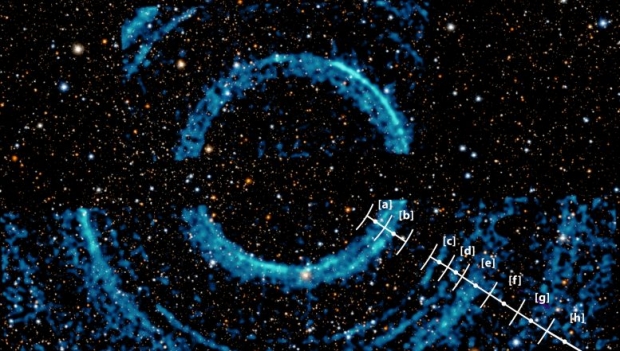 For more information on what else astronomers discovered, check out this link here.