Since being denied by the U.S. Government Accountability Office (GAO), Blue Origin has been posting infographics that payout Elon Musk's SpaceX. 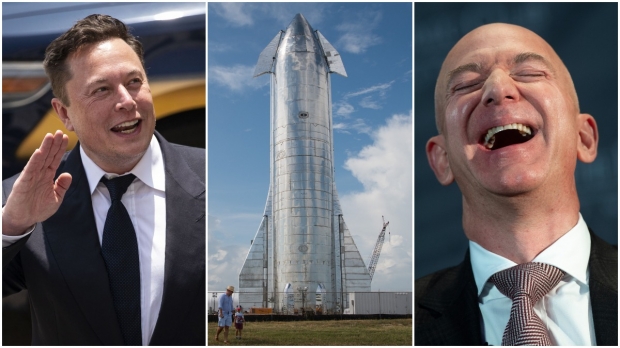 The beef between the two companies and NASA begun when NASA awarded SpaceX with a $2.9 billion contract for SpaceX to construct a lunar lander and a transportation method to the moon. Jeff Bezos' Blue Origin officially protested NASA's decisions, and after reviewing the protest, the GAO denied Blue Origin's request, which prompted SpaceX to continue working on its design.

Since these events transpired, Blue Origin has taken its emotions about the situation public with infographics comparing its own design to SpaceX's. Laura Seward Forczyk, the founder of space consulting firm Astralytical, spoke to Inverse about Blue Origin's argument in the most recent infographic seen below. She said, "it was quite the argument to make when Blue Origin has not yet launched anything to space", referencing how SpaceX has successfully transported astronauts and cargo to the International Space Station. 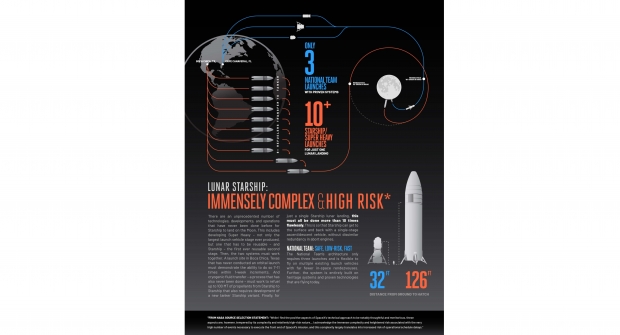 Forczyk continued and said that Blue Origin's statement about SpaceX's method being "high risk" is "disingenuous". Here's what Forczyk said, "It is disingenuous to promote a competitor's design as risky when in fact, both of them are complex and risky. Spaceflight is fairly risky."

If you are interested in reading more about this interview, check out this link here.