Researchers have found a fundamental link between the Moon, Earth's rotation speed, and global oxygen levels. 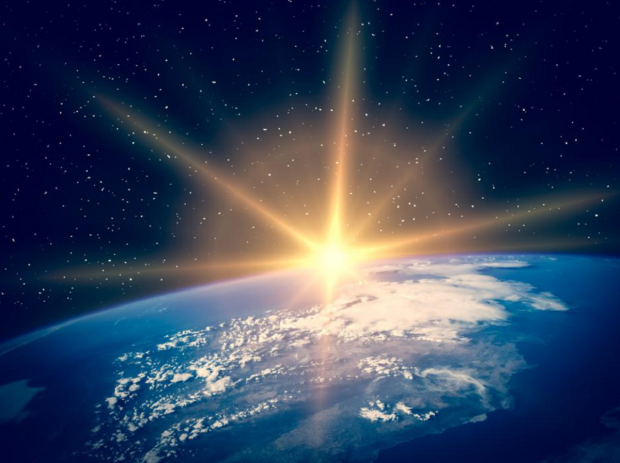 A new study published in Nature Geoscience has explored a connection between the Moon, Earth's day/night cycle, and the amount of oxygen that is being produced globally. Researchers connected the Moon's gravitational impact on Earth, which is causing the planet to slow down, to the rate of microbes use photosynthesis to produce oxygen.

Due to the days of Earth growing longer, around 1.8 milliseconds every century, these microbes were experiencing more sunlight overall and thus producing more oxygen. Based on fossil records, researchers know that Earth days were half an hour shorter 70 million years ago and only 18 hours in total 1.4 billion years ago. Since the Moon is slowly moving away from Earth, the days will grow much longer with enough time, resulting in these cyanobacteria microorganisms having a larger window to photosynthesize and produce oxygen.

Marine scientist Arjun Chennu of the Leibniz Centre for Tropical Marine Research in Germany said, "Intuition suggests that two 12-hour days should be similar to one 24-hour day. The sunlight rises and falls twice as fast, and the oxygen production follows in lockstep. But the release of oxygen from bacterial mats does not, because it is limited by the speed of molecular diffusion. This subtle uncoupling of oxygen release from sunlight is at the heart of the mechanism."

Chennu added, "We tie together laws of physics operating at vastly different scales, from molecular diffusion to planetary mechanics. We show that there is a fundamental link between day length and how much oxygen can be released by ground-dwelling microbes. It's pretty exciting. This way we link the dance of the molecules in the microbial mat to the dance of our planet and its Moon."

If you are interested in reading a more in-depth explanation for story, check out this link here.