Imagine that you're laying there at night, just got into your bed and pulled the cover over you... and then a huge siren starts blasting through your town... and you don't know what it is, at all.

An unidentified siren has been blasting out to residents of Suitland, Maryland throughout the night and all they want to know is where the noise is coming from, and they want it to stop. Suitland, Maryland resident Scott Bovarnick said: "It sounds kind of like a combination of a tornado siren and a spaceship taking off, like the siren from the 'Purge' movies. We have a lot of young families in the neighborhood, a lot of children, and I know it's probably keeping them up. A lot of my neighbors are having trouble sleeping, and it's disturbing".

NBC Washington reports that complaints of loud noises in the area of Prince George's County aren't new, and they've been happening "on and off for years". Residents are pinpointing the siren to the US Census Bureau building, which is in the Suitland Federal Center.

Residents have called around but can't get through to anyone that can help them, and now NBC Washington has reached out to the county, Census Bureau, and other agencies.

Here's a reminder of the Purge siren: 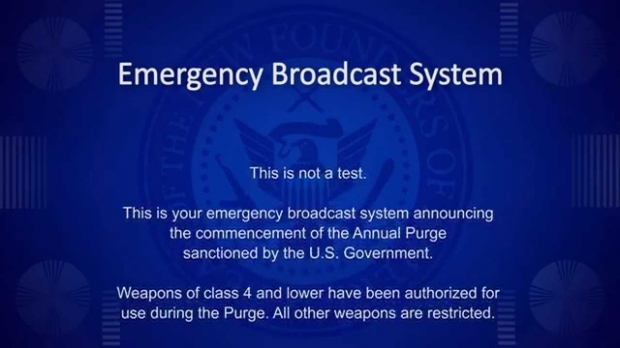