GIGABYTE has just announced their huge new AORUS P1200W power supply, a new 1200W beast PSU that even has a huge LCD display. 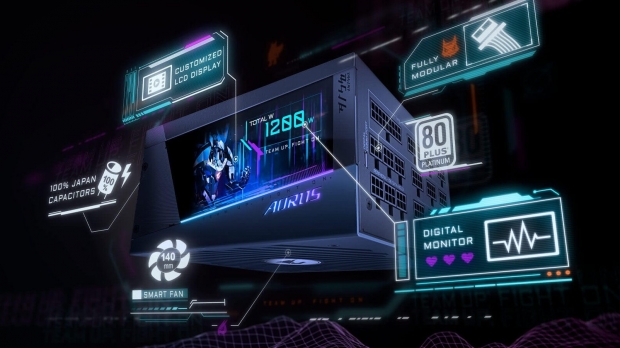 The new AORUS P1200W is a fully modular PSU with 80 PLUS Platinum certification, and a large 140mm fan. But the big star of the show here is definitely the digital LCD display which is capable of even playing back MP4 videos, animated GIFs, images, and custom text.

You can also display health status information like wattages, and more -- it's the only PSU on the market with a huge monitor like this, so I'm sure AORUS is going to drive that fact home (and so they should). There are other competing PSUs with displays on them, but there's nothing like the display that the AORUS P1200W has.

If you're someone who loves long cables running from their PSU, then the AORUS P1200W is for you -- the cables are at least 61cm long, and even the 24-pin motherboard connector has its own cable. There are 6 x PCIe power cables for even the craziest dual-GPU setups (now that multiple GPUs aren't really a thing). 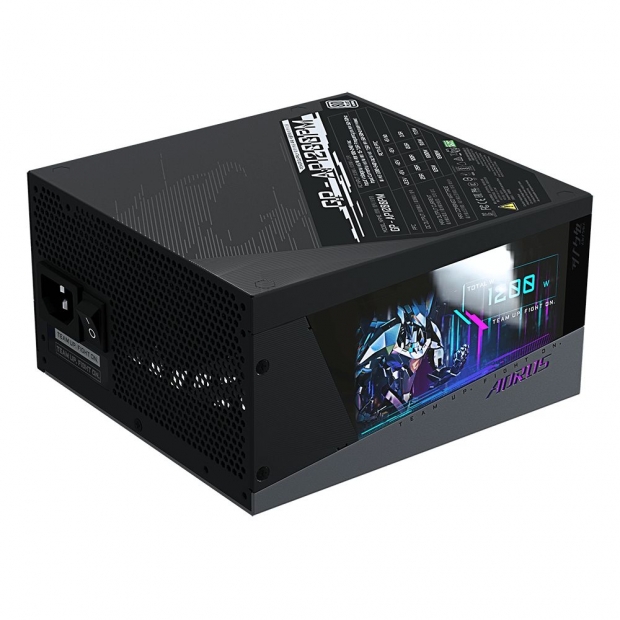 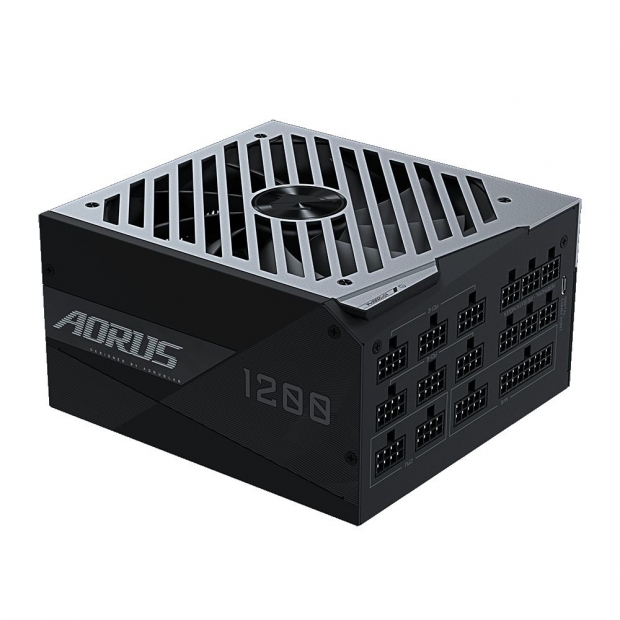 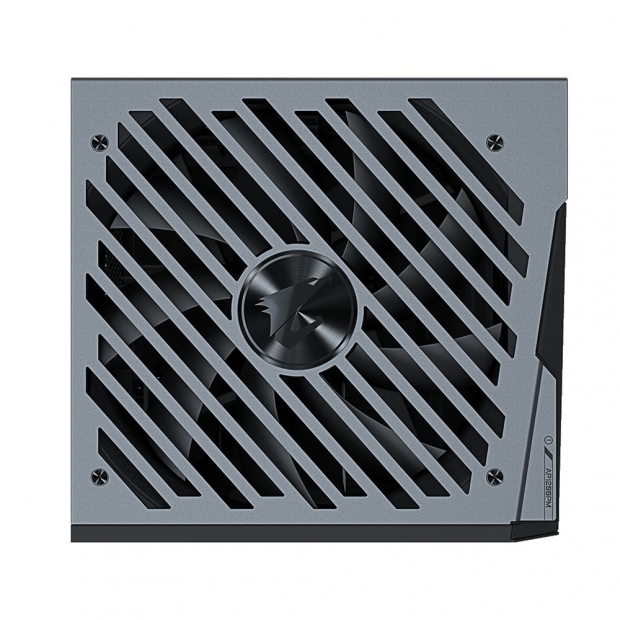 There's no pricing or ETA on the AORUS P1200W just yet.