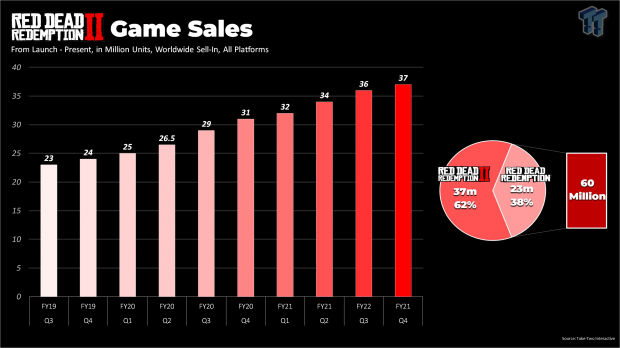 Take-Two recently put out a briefing to help prepare shareholders for the company's annual voting session. The presentation has a quick recap on franchise/game sales that adds perspective to the publisher's biggest tentpole releases. According to the numbers, Grand Theft Auto is now at 345 million (GTA V makes up 145 million alone) and the annual NBA 2K sports franchise is at a staggering 111 million. Red Dead Redemption is also at 60 million units.

Since we already made a graph on GTA V's astronomical sales growth, I decided to look at quarter-over-quarter sales of Red Dead Redemption 2. The results are pretty impressive. The game has managed to sell-in 37 million units since its launch in October 2018. Most of the sales occurred in the Q3 launch period with 23 million units sold, but RDR2 managed to push 6 million sales in its second year, and 5 million sales in its third year. 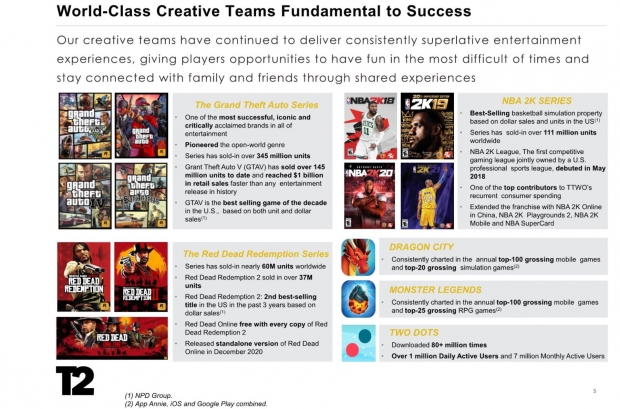