Halo Infinite's first-ever technical preview might get actual PVP chaos...but only if you play enough matches. 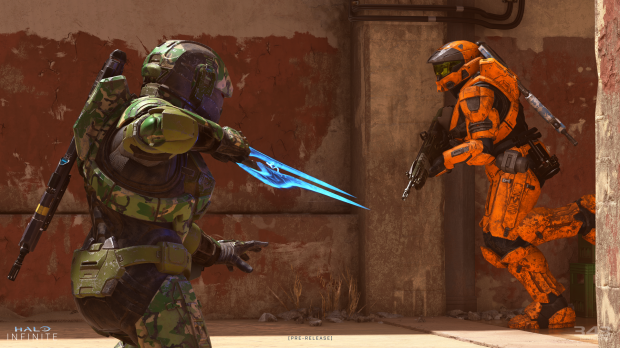 Halo Infinite's upcoming technical test kicks off tomorrow, but it won't have PVP at the start. The preview will focus on AI and bots first, but if 343 Industries gets enough data, they could switch on 4v4 team-based arena slayer by Sunday.

"We're thinking about turning on some classic slayer arena as well by the end of the weekend I believe," Ske7ch said in a recent Halo Infinite stream.

"Our real priority is the bots and getting all the data we need."

The key is to play as many matches as you can. 343i won't unlock the full preview at once, though: The Academy will consist of the weapon drills mode as well as team-based battles against bots. The full bot difficulties won't be available all at once--only the standard Marine difficulty is available at first.

343i plans to unlock more AI bot difficulties like ODST and eventually Spartan as they gather more data. And if they gather enough data from the bot matches, they'll kick on the PVP servers.

The team is careful to say the experience isn't perfect and there's lots of bugs in PVP.