Drones have fast become one of the newest forms of surveillance and weapons for military personnel.

Naturally, when a weapon is developed, defense against the weapon is developed as well. Introducing, HELMA-P, a new turret system that uses lasers to knock drones out of the sky. HELMA-P stands for High Energy Laser for Multiple Applications - Power, and as noted by Interesting Engineering, it resembles a one-eyed WALL-E.

However, I don't believe its intentions are as pure or kind-hearted as WALL-E's as HEMLA-P is designed to take out drones with its lasers. HEMLA-P is equipped with optical sensors that give it the ability to track drones mid-air, and two-kilowatt lasers that are designed to destroy them. During its testing, HELMA-P successfully shot down 37 drones with 100% accuracy. The new system was developed by two French companies, CILAS, and Ariane Group.

According to the companies, HELMA-P has a range of 0.62 miles, which is three to four times the range of current anti-drone systems. 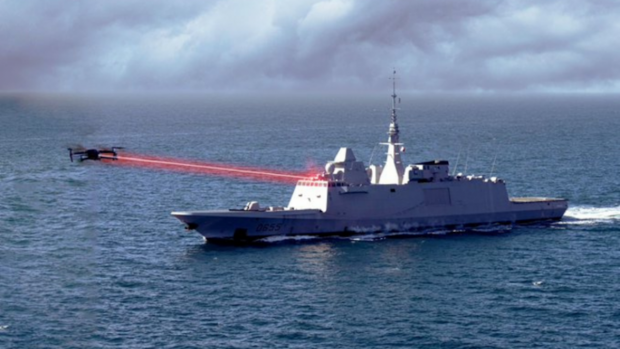