I was just alerted to a story on PC Gamer from Igor's Lab after @GravXReviews tagged me on Twitter -- and boy-oh-boy is it a doozy. 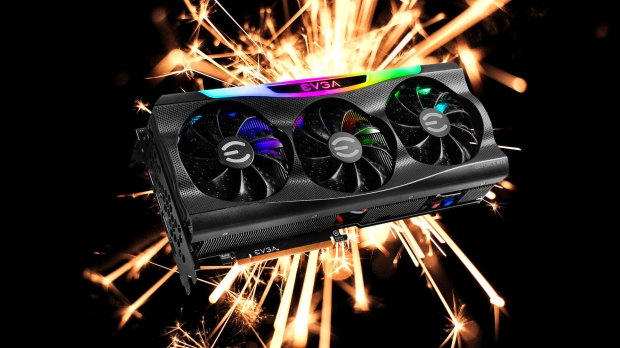 So, we have all heard that Amazon's new game New World has been bricking and killing super-expensive graphics cards with EVGA's flagship GeForce RTX 3090 FTW3 Ultra front and center of this silicon-killing shit. But it seems Igor's Lab has worked it out: the fans on the cards are trying to spool up to not 2000RPM, not 20,000RPM, but 200,000 freaking RPM. Yeah... they can't do that, and maybe that's what is murdering the cards.

We know that the fans on ANY graphics card on the market can't spin at 200,000 RPM... but that doesn't stop them from trying to do that. Not all cards are doing this, and not all cards are dying -- but FYI it's not just the EVGA RTX 3090 FTW3 Ultra that New World is killing, either.

There's no fix for this right now, Amazon is sitting on its hands like nothing is happening, and EVGA is stepping up by replacing bricked GeForce RTX 3090 FTW3 Ultra graphics cards. It's forced to, and a major multi-billion-dollar company (freaking AMAZON) is silent about it.

I can't even fathom how Amazon hasn't made a public statement about what a cluster f*ck this entire situation is.