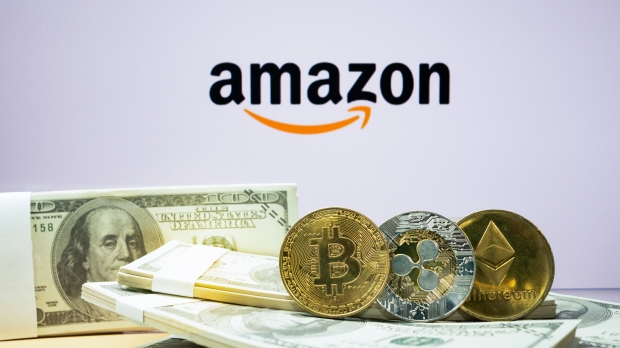 In a new article, an anonymous insider tells CityAM that Amazon is pushing into cryptocurrency with full strength, this isn't just some short-term plan. The insider said: "This isn't just going through the motions to set up cryptocurrency payment solutions at some point in the future - this is a full-on, well-discussed, integral part of the future mechanism of how Amazon will work. It won't take long because the plans are already there, and they have been working on them since 2019".

It will begin with Amazon accepting Bitcoin, but then it'll be joined by Ethereum, Cardano, Bitcoin Cash and "about eight of the most popular cryptocurrencies" which I'm sure will include Dogecoin. Dogecoin is already accepted at Amazon's competitor, Newegg, and is one of the most popular cryptocurrencies. Jeff Bezos founded Amazon, and Elon Musk is his competitor in space -- but a huge fan of Dogecoin to the point that Musk is called The Dogefather. Their worlds collide in so many ways.

The insider continued: "When all these crypto ducks are lined up, there's another twist to push things even further into Amazon's favour - a native token. After a year of experiencing cryptocurrency as a way of making payments for goods, it is looking increasingly possible that we're heading towards tokenisation".

"This then becomes a multi-level infrastructure where you can pay for goods and services or earn tokens in a loyalty scheme. There's little more to it, for now, but you can guarantee the Bitcoin plan will be monitored closely as opportunities with Amazon's own version of a crypto will be explored".