You can already buy Intel's next-gen flagship Core i9-12900K processor on the black market for $1000+ but what about benchmarks? Another day has passed, and more news on Intel's next-gen "Alder Lake-S" CPUs are here this time in the form of benchmarks. 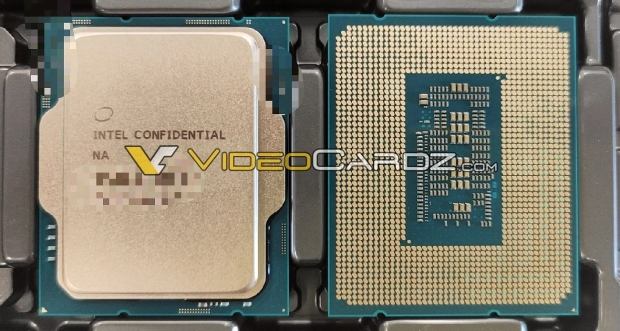 The new Core i9-12900K in its Qualification Sample (QS) form is already faster than AMD's current-gen Ryzen 9 5950X processor, with early benchmark results comparing Alder Lake vs Zen 3 in Cinebench R20. In the single-threaded Cinebench R20 benchmark, the new Core i9-12900K processor is 26% faster than the Ryzen 9 5950X, while in multi-threaded tests it's 11% faster.

This is super, super early so don't go judging the performance from these leaked benchmarks of a Qualification Sample CPU that is months away from being released. Intel's new Core i9-12900K will feature 8 high-performance "Golden Cove" cores and 8 high-efficiency "Gracemont" cores -- for a total of 16 cores and 24 threads. The smaller high-efficiency cores do not have Hyper-Threading (HT).