GPU prices are beginning to feel a little more normal... at least in Germany and Austria according to the latest data from 3DCenter. Check out their price trend chart: 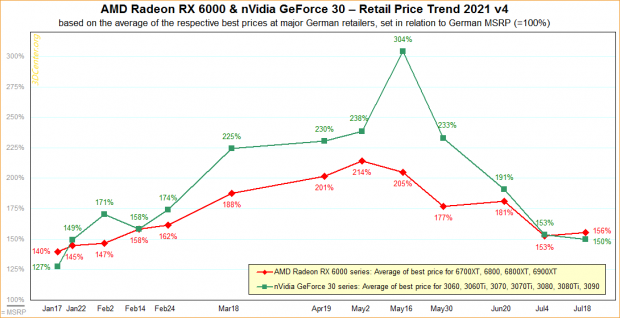 As you can see we're finally back to around January 2021 levels when it comes to pricing for both AMD's new Radeon RX 6000 series and NVIDIA's new GeForce RTX 30 series GPUs. But man, were the prices freaking out of this world at their peak towards the second half of May 2021... 300%+ above MSRP.

Not that it's heaps better, but that's a pretty decent drop in the last month.