We're all sick to freaking death of the headlines of today, with daily death tallies and how the pandemic has changed the fabric of society forever -- so let's mix it up with the introduction of aliens I guess. 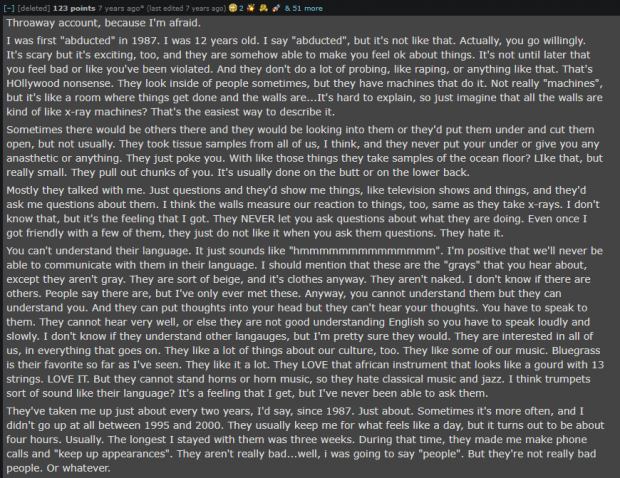 Close to 10 years ago an anonymous Reddit user said that there would be an introduction to aliens on July 18, 2021... which is today. The user was "Throawaylien" who posted on Reddit on November 19, 2013, in the r/AskReddit subreddit where he talks about being abducted many times, the music that aliens don't like, and that we should see aliens on either July 8 or July 18.

In the following days, u/Throawaylien continues to post and answer questions from Reddit users, talking about how he's been abducted by aliens multiple times, how they always gave him a bowl of salt, and that in general -- he had no idea what the aliens want from us.

There's actually a fantastic resources and links page on the official r/Throawaylien subreddit, which was created for this very topic. It has over 15,000 members with 3400+ online at the time of writing.

It all ended on November 21, 2013 -- just two days after the original post, where u/Throawaylien says: "No more questions. They are not happy about this. Sorry". 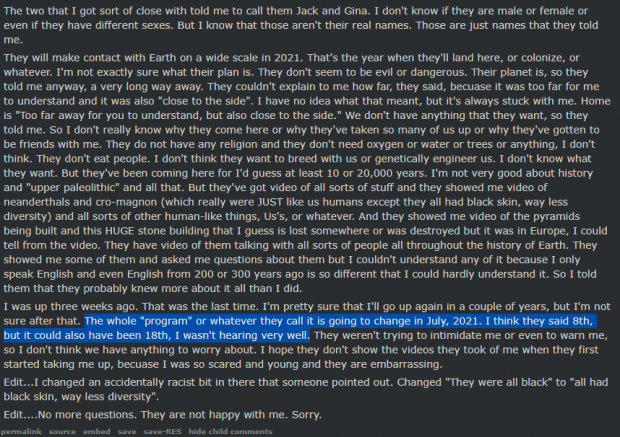 In that time we've gone from aliens and UFOs being total fringe conspiracy theories, where people kinda laugh and agree that there "could" be alien life out there but generally don't believe it. But in the years after, the energy changed and the tides turned.

And then this happened -- an "enormous object" was detected by real-time meteor website livemeteors.com and you can view that here. We only have hours left of July 18, 2021 left...