A United States satellite intelligence firm has accused China of dumping so much human waste into the ocean that it can be seen from space. 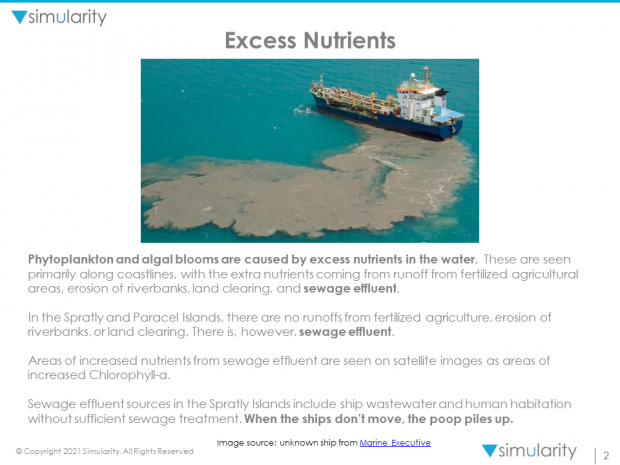 Simularity has published a new report on its website that connects the movements of more than 200 suspected Chinese ships located in the South China Sea and the concentrations of Chlorophyll-a, an indicator of a vessel dumping human waste into the ocean. Simularity founder and CEO Liz Derr said the satellite firm "can't definitively say that those are Chinese, but they seem to be the same ships that have been there since March and they look very similar so I think, in all probability, they are."

Not only are US satellites picking up on the waste that is being dumped into the ocean, Philippine government officials have also noticed. According to Philippine Defense Secretary Delfin Lorenzana, who spoke to Reuters, "While we are confirming and verifying these wastes being dumped ... We consider such irresponsible acts, if true, to be gravely detrimental to the marine ecology in the area." Lorenzana goes on to say, "China treating us as its toilet is a clear violation of both international and local environmental laws." 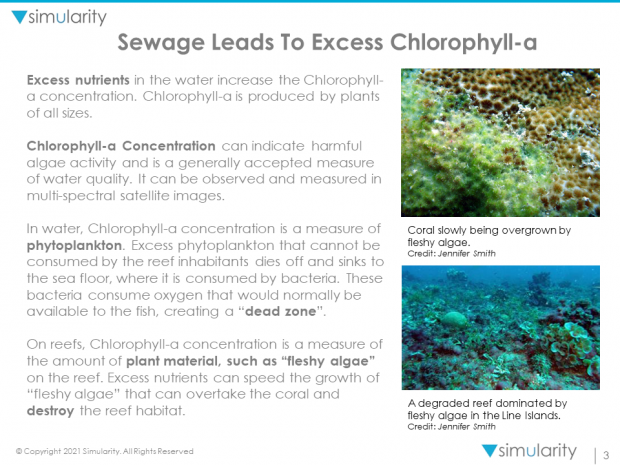 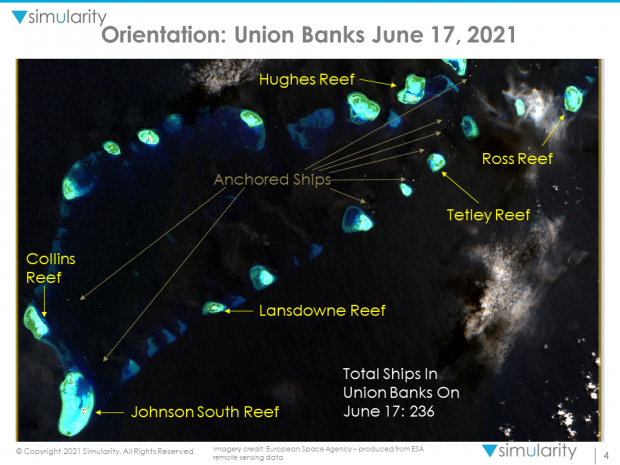 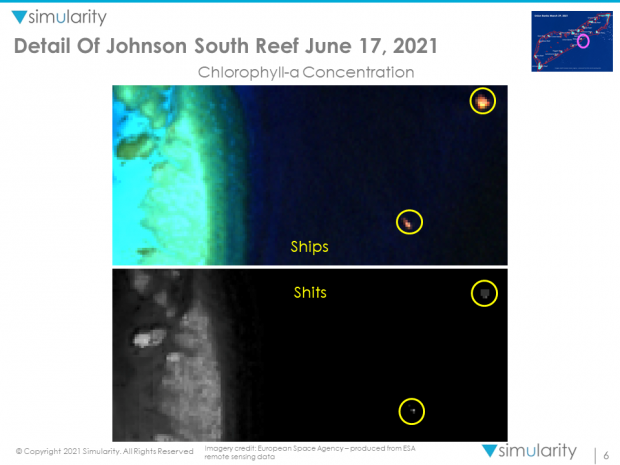 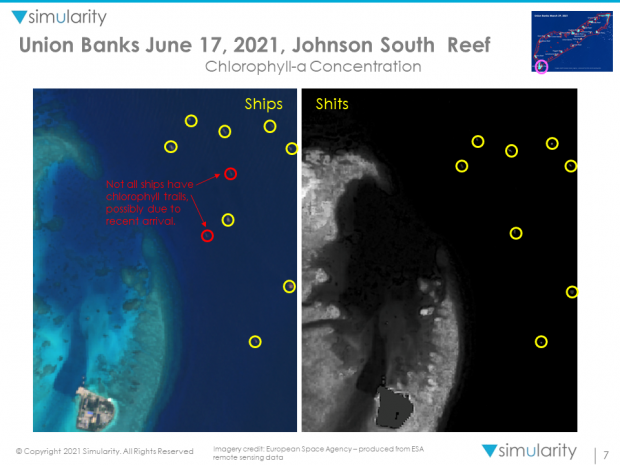