Intel is reportedly preparing a new family of Xeon CPUs with the new Xeon W-3300 series, with its flagship model packing 38 cores and 76 threads to better fight AMD's chiplet onslaught with the Ryzen Threadripper PRO family of processors. 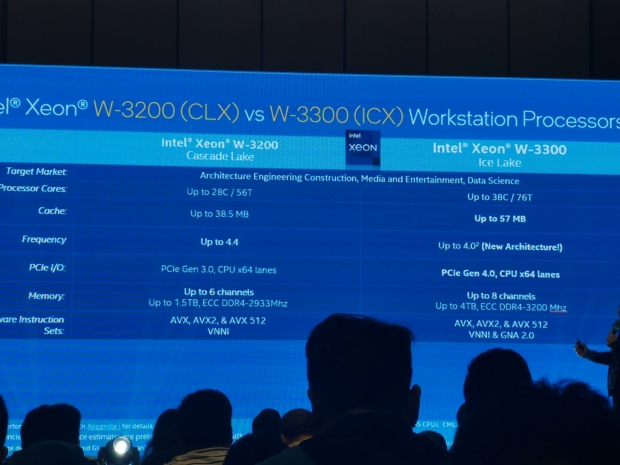 The new Intel Ice Lake Xeon workstation CPUs would pack more CPU cores and threads, more cache, a new architecture that's based on the 10nm process node, more I/O and memory support, and more. We have the LGA 4189 socket, with Xeon W-3300 series CPUs coming in at up to 270W TDP.

We have 64 PCIe 4.0 lanes so you can throw in multiple Sabrent Rocket 4 Plus Destroyer SSDs and a couple of high-end GPUs and still have PCIe 4.0 lanes to spare. There's also 8-channel DDR4-3200 memory support, which will offer support for up to 4TB of system RAM.