SoftBank Robotics created Pepper, a humanoid robot, with the aim of it being used as a friendly face for the elderly, and used across public places like train stations, shopping centers, airports, and more. 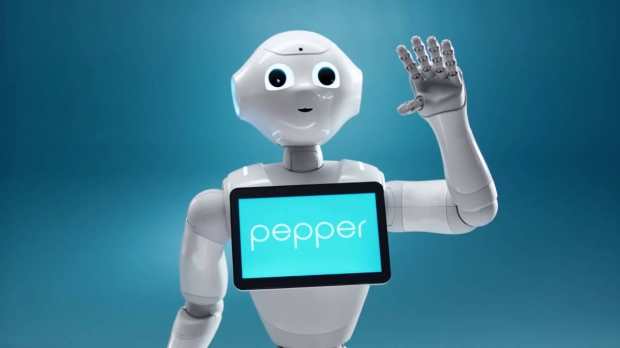 Plastics manufacturer, Nissei Eco Co., which also has a funeral business, hired the child-sized robot and then dressed it in Buddhist clergy robes. The company programmed the humanoid robot to chant scriptures, which if it worked, would've been a tech-infused-with-religion approach -- but it didn't, and the company ended its lease with Pepper and sent it back to SoftBank Robotics.

Nescafe hired 1000 of the humanoid robots to work throughout Japan in home appliance stores, where it would assist customers in looking at, and then buying a Nespresso coffee machine. A hotel chain also used Pepper in their hotel on Lake Garda, and across many elderly care homes for their residents as a companion.

There's a tablet on their chest, where people in elderly care homes can use Pepper to video call their loved ones, watch TV or movies, listen to music or the radio, and act as a reminder to take their medicine, and other tasks. The AI isn't so good right now, but with future generation robots these issues will be a thing of the past.

Takayuki Furuta, head of the Future Robotics Technology Center at Chiba Institute of Technology, which wasn't involved in Pepper's development said: "Because it has the shape of a person, people expect the intelligence of a human. The level of the technology completely falls short of that. It's like the difference between a toy car and an actual car."