You might not be able to buy a GPU right now, but that doesn't stop some retailers from selling them -- even the non-LHR models -- to crypto miners. 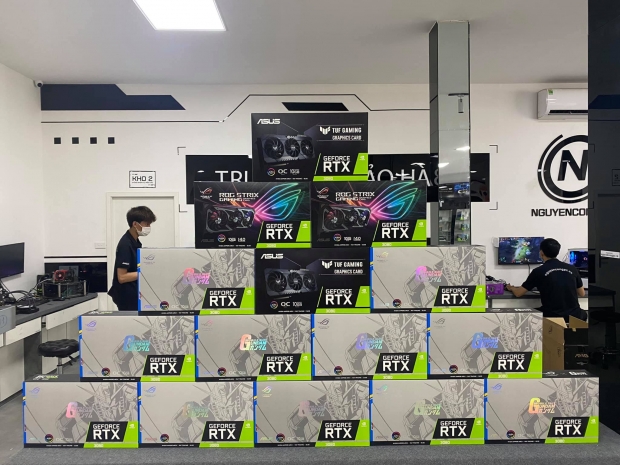 Vietnamese retailers have secured themselves some ultra-rare ASUS ROG Strix GUNDUM GeForce RTX 3080 graphic cards, but the non-LHR (Lite Hash Rate) models so they're not crypto mining gimped. This means they're highly sought-after mining GPUs but get this, they cost $2300 each.

VideoCardz made a point here in their article by writing "This probably wouldn't be newsworthy if not for the fact that the ASUS ultra-rare GUNDAM series were used for those rigs" and they're right. I would've written about it anyway because I like to cover as much as I can in the GPU and crypto mining worlds -- but these are ultra-rare, ultra-expensive, super-hard-to-get GeForce RTX 3080 graphics cards... and they're being used for crypto mining.

I mean, as a nerd and enthusiast it's awesome to see so many high-end ultra-rare graphics cards in one spot... it's just disappointing to see all those beautiful GPUs being used for cryptomining.